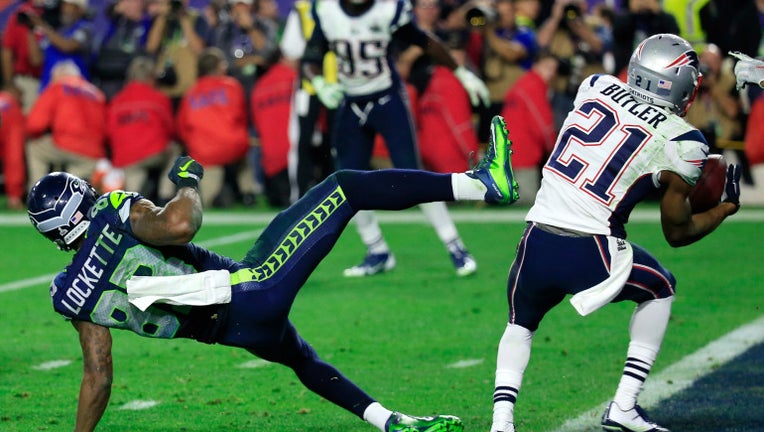 Malcolm Butler #21 of the New England Patriots intercepts a pass by Russell Wilson #3 of the Seattle Seahawks intended for Ricardo Lockette #83 late in the fourth quarter during Super Bowl XLIX at University of Phoenix Stadium on February 1, 2015 in

TACOMA, Wash. -- A woman sent this letter to Q13 FOX following news that some of the New England Patriots players appeared to take shots at the Seahawks during the Super Bowl Victory Parade on Wednesday.

Let me start this letter off by saying that I am not a Patriots a fan. I was rooting for the Seahawks during Superbowl 49. I was confident in my team and was just waiting for that 2nd ring to fall into our hands. The Superbowl was an exciting game to say the least. Your team played well and was able to push back our defense which many teams have not been able to do. Even though we fought our hardest and in those last seconds of the game it seemed as though we had the win in our grasp, you swooped in with an interception to clinch the game. I will admit I was extremely disappointed and crushed because it really looked like the win was ours yet it just slipped right through our fingers. Even though I was upset, I walked away having a lot of respect for your team and how well you played. I felt as though we played a team that was able to give us a run for our money and that we had to work hard to keep up with. I was never a fan of your team but I gained respect for it after the Superbowl.

Let me move on to the point of my letter. I am not unfamiliar with the trash talking that occurs between teams in competitive sports. It’s the ugly nature of the beast and for the most part it just comes with the territory. The excitement and pressure that comes along with such a high profile and competitive job is inevitably going to bring out what I’d like to call the green-eyed monster. People will bash you when you are successful and especially when your success has become a threat to their own. However, there is a line to this harmless fun that should not be crossed and I think your team crossed it with your behavior during your celebration parade. Flying off at the mouth during the intensity and high stress moments of a football game is one thing, but going out of your way to parade around in front of your fans holding disrespectful signs and t-shirts directed towards the opposing team is simply bad form. The spectacle that players on your team have created not only rubs salt into an already painful wound but it tells those around you that you have no respect for any other teams or their fans. You are telling the world that it’s ok to beat someone while their down and that when you win you should throw it in people’s faces.

I would think you would want to be spending your celebratory parade actually celebrating your Superbowl championship win instead of dwelling on the other team. Any respect I had for your team before this incident was quickly lost when I saw your arrogant and unprofessional behavior. Am I saying that the Seahawks have been perfect in this area? Absolutely not. But I can say without a shadow of a doubt that we have never taken things to the level you have chosen to and I honestly find it despicable. I would have to say that in this case, a sore winner is much worse than a sore loser. You are the Superbowl champions. Focus on that and be proud of yourselves for your hard work. You don’t need to demean other people to do that. All you are doing in the process is hurting the organization you represent and losing the respect of many potential fans around the world. When you win, win with dignity and class no matter what other teams may say and do. Be the team that everyone looks at with respect and admiration. The NFL is a great organization to be a part of and I hope that you will do it justice by acting like a team that deserves to win by not only your physical attributes and skill sets but by the quality of your character. Be a team that everyone else strives to be like and not one that others see and shake their heads in disappointment. In the end, it is just a game.

We want to hear from you!