MULBERRY, Fla. - The owners of a Mulberry towing company – a husband and wife – are facing charges after illegally towing vehicles from a mobile home park, according to Polk County detectives. One of those owners was previously charged with murder.

Polk County investigators said Michael and Elissa Denn own Strapped Towing and illegally towed vehicles at the Stoll Manor Mobile Home Park in Lakeland. The mobile home park had a contract with the Mulberry towing company with the main goal of keeping derelict vehicles out of the neighborhood, said Sheriff Grady Judd. Instead, residents began complaining when Strapped Towing towed vehicles that were not technically in violation of the written agreement.

Between two days – May 15 and 16 – the company towed 19 vehicles from the mobile home park. The sheriff said the tow company employees would venture into the mobile home park at night, after management left, and used flashlights to search for violations.

Polk Sheriff Grady Judd gives details on the investigation into the owners of a Mulberry towing company accused of illegally towing vehicles from a Lakeland mobile home park.

According to the agreement with Stoll Manor, "vehicles should be towed IMMEDIATELY if they are ‘blocking exits,’ parked in ‘grass,’ or ‘on the street,’ including ‘boats and trailers.’" Those services began on May 15.

Each owner for each vehicle had to find their way to 1330 Virginia Street in Mulberry to pay cash and recover their vehicle. That's about 16.7 miles away from the Lakeland mobile home park. According to state law, a towed vehicle must be stored within a 10-mile radius from where it was removed.

Sheriff Judd said one vehicle owner worked two part-time jobs, making $80 per day. He said she had to request an Uber to bring her to the storage facility, which was about a $40 ride.

Another vehicle owner was the brother-in-law of Juan Barosso-Muriel. A chain of events led to Barosso-Muriel being shot and killed by Michael Denn the following day.

"I don’t know how people who take advantage of hard-working, poor people trying to make ends meet sleep at night."

It started on May 16, when Michael began towing a vehicle that was partially parked under a carport. The sheriff's office said it was not on grass, or in the street, or blocking an exit. A neighbor was recording a video that showed Barosso-Muriel, his brother-in-law, and his brother-in-law's wife, "pleading with Michael Denn to allow them to keep the vehicle there on premises." The vehicle owner was holding the proper vehicle tag, but Michael towed the vehicle.

Sheriff Judd pointed out that according to state law, if a person seeks the return of a vehicle, the tow must be stopped and the vehicle "must be returned upon payment of a reasonable fee of not more than one-half of the posted rate."

Detectives said the Denns violated the law – a third-degree felony – "by not stopping the tow in progress when confronted by the owner, and not offering the vehicle owner an opportunity to pay a reasonable fee at that time." 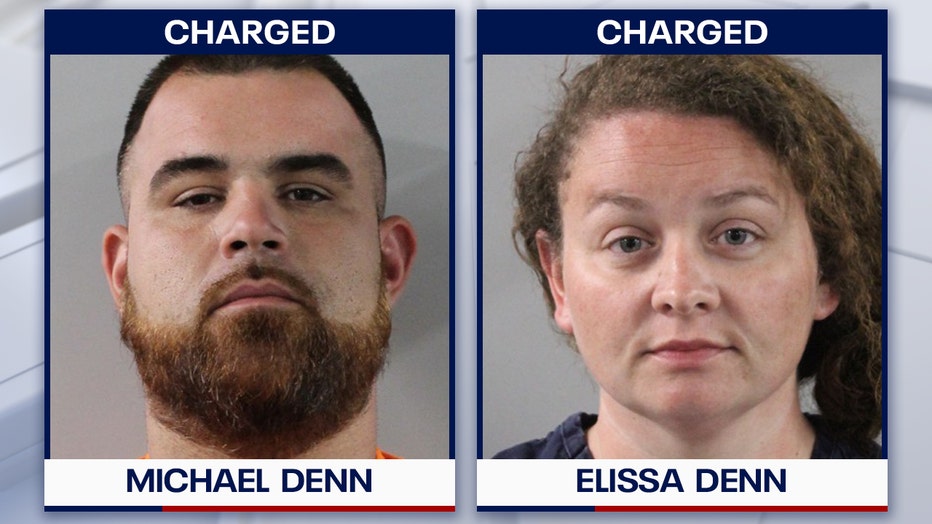 The next day, Barosso-Muriel arrived in Mulberry with others to recover the vehicle. They paid the fee, couldn't get the car out of the tow yard because the battery was dead – even though, Judd said, it had apparently worked the night before. Michael then wanted to charge another fee to hook up the car in the back of the tow yard and tow it to the front, the sheriff explained. That sparked an argument.

"Juan certainly would have been arrested had [Michael] simply called the sheriff’s office," the sheriff said.

The murder arrest sparked the question: What was the genesis of this problem? Judd said detectives began investigating, and discovered the illegal tows at the Lakeland mobile home park.

"It was an overaggressive tow company. That’s where it started," the sheriff described. "The spirit of the rule simply is you don’t want derelict vehicles collected in the mobile home park. But this guy and his team that was there had flashlights, walking up to people’s carports."

Another example the sheriff gave was one vehicle was parked on a gravel area. The mobile home park allowed residents to put down gravel as a parking area.

"That’s permissible," Judd said. "They parked on gravel area that was allowed by the mobile home park and still they towed."

From May 2021: Argument turns deadly at Polk County tow yard

The owner of a towing company is behind bars, his brother has been rushed to the hospital, and a customer is dead after an argument turned deadly.

Michael was already sitting in jail for the murder of Barosso-Muriel when the new charges were filed in connection to the illegal towing. He faces an additional 21 felonies, including 19 counts of storing vehicles outside a 10-mile radius and one count for failing to have an address properly marked on a tow truck, and one count of failing to stop a tow at an owner's request.

Elissa was arrested on Aug. 11 for the same charges, except for failing to stop a tow at the owner's request.

"We towed the tow truck that Elissa was driving," the sheriff said, warning others from following the same footsteps "or you too will get strapped to the back of a patrol car and towed to the county jail."

The sheriff said detectives do not believe they found all victims, but they want to talk to them.