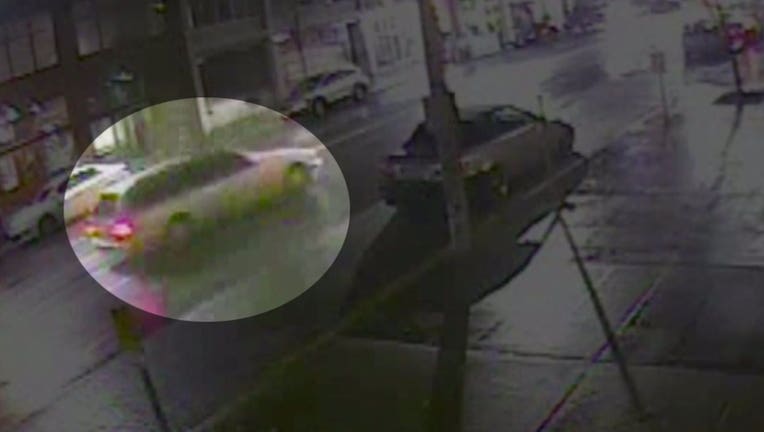 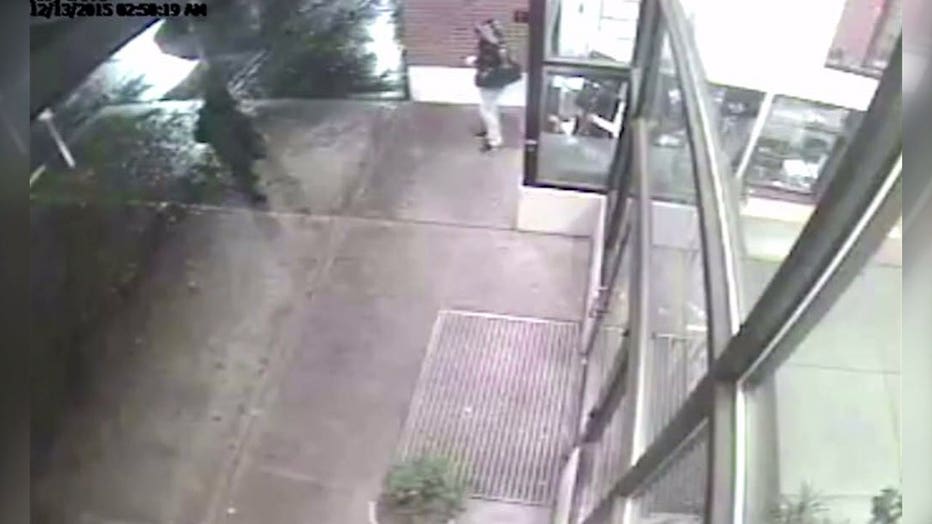 KILLERS WANTED IN SEATTLE --  Who would gun down a beloved art teacher and leave him for dead on a sidewalk? Seattle Police hope surveillance video will help catch his killers. It shows a light-colored station wagon -- possibly a Mercedes -- pulling up to the curb. The video also shows a black man and woman, in their 30's or 40's, who police are calling suspects. The long-time partner Brent McDonald, who was murdered in Belltown last weekend, talked publicly for the first time Wednesday after a crime that broke her heart and devastated a community. "I just hope he went really fast," Danielle Logan said. "I didn't want him to lay there and suffer.  It already kills me to know that he was just left there." In just a few days, Logan and McDonald would have celebrated their 10th anniversary.  Seattle police say someone gunned down the beloved art teacher Sunday morning, leaving him for dead on a sidewalk in Belltown. Detectives released surveillance video and are hoping someone will identify two suspects.

Logan said she has no room in her heart for hate. "Honestly, you'd have to be such a miserable person to do this to somebody else," Logan said. "If you hate yourself that much, I don't need to hate you." The time she spent with McDonald filled her with love, Logan said. "He showed it every day," she said. "It's more than words.  It's an action." In the world of art, McDonald made a name for himself teaching hundreds of kids.  He made his mark all over Seattle.  His collaborations were like landmarks all over the city. "He was all about lights, you know," Logan said. "He would put these cool lights everywhere." If the darkest hour comes before the dawn, Logan hopes the community will learn just as much from Brent's death, as they did from his life. "Everyone you meet that has an impact on you is either a mirror, a catalyst or a teacher," she said. If you would like to help McDonald's partner and young daughter, click here. If you have any information that can help catch his killers, call an anonymous tip into: CRIME STOPPERS: 1-800-222-TIPS You must call the Crime Stoppers hotline with your tip to be eligible to receive a cash reward for information leading to a fugitive’s arrest. CLICK HERE for information on how to TEXT A TIP to Crime Stoppers