CLEVELAND (CNN) -- Already in jail on kidnapping and rape charges for allegedly holding three women captive in his house for a decade, Ariel Castro may also face charges of murder in the termination of his captives' pregnancies, a prosecutor said Thursday. 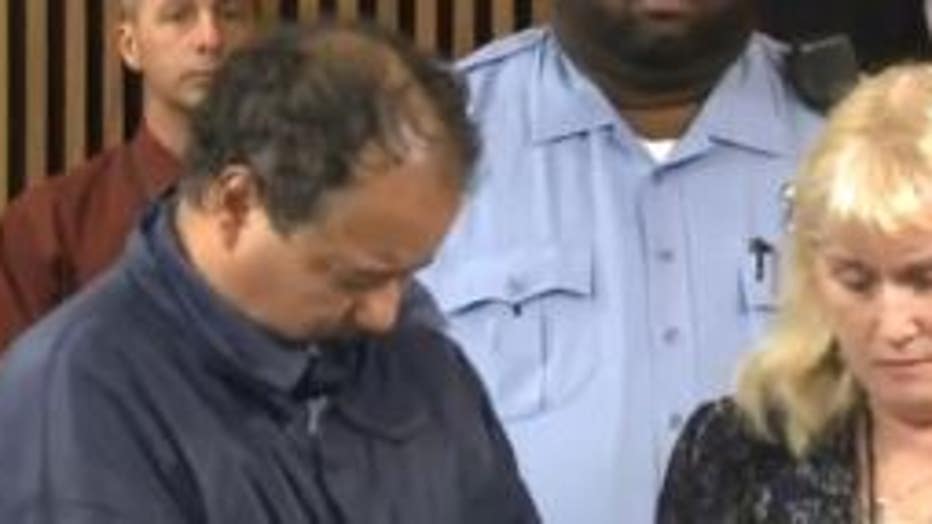 Cuyahoga County prosecutor Timothy McGinty cited Ohio law that states a person can be charged with aggravated murder for killing unborn children. A conviction on such charges could lead to the death penalty.

According to an initial incident report obtained by CNN, one of the women held said she became pregnant at least five times while in Castro's 1,400-square-foot home. When that happened, Michelle Knight told investigators, Castro "starved her for at least 2 weeks, then he repeatedly punched her in the stomach until she miscarried."

It is not known how many times, if any, the other two women got pregnant only to miscarry. One of them, Amanda Berry, gave birth to a daughter while in captivity.

In addition to aggravated murder, McGinty vowed to seek charges "for each and every act of sexual violence, rape, each day of kidnapping, every felonious assault (and) all his attempted murders."

"The child kidnapper operated a torture chamber and private prison in the heart of the city," the prosecutor told reporters Thursday. "The horrific brutality and torture that the victims endured for a decade is beyond comprehension."

Earlier in the day, the 52-year-old Castro was arraigned in a northern Ohio court on four counts of kidnapping and three of rape.

"The charges against Mr. Castro are based on premeditated, deliberate and depraved decisions to snatch three young ladies from Cleveland's West Side streets to be used in whatever self-gratifying, self-serving way he saw fit," assistant prosecutor Brian Murphy said in court.

Cleveland Municipal Court Judge Lauren Moore ordered Castro held on $8 million bond -- $2 million for each of the three women and the child born to Berry before they were freed Monday evening.

Handcuffed and wearing a blue jail jumpsuit, Castro looked down through the entire hearing. He did not speak.

Two of his brothers were in the same courtroom Thursday, facing unrelated misdemeanor charges before their release. Authorities initially arrested Pedro and Onil Castro in connection with the case, but they weren't charged.

None of the abducted women has implicated the brothers, a law enforcement source closely involved with the investigation said, though authorities are still working "meticulously" to determine whether the brothers or anyone else knew about or facilitated alleged crimes.

So what was going through the suspect's mind, when he allegedly lured the three women into a car between 2002 and 2004, took them to his home three miles away, and held them -- chaining, threatening and repeatedly sexually assaulting them?

Neither Castro nor police have spelled out a possible motive publicly.

The suspect has talked with investigators, though, confessing to some of the actions he's accused of, said a law enforcement source closely involved with the investigation. The source did not describe precisely what Castro confessed to when he was interrogated by authorities.

Investigators, meanwhile, are poring over evidence for ideas. Among the more than 200 items seized from Castro's Seymour Avenue home are writings that they believe the suspect wrote, said two law enforcement sources closely involved in the case.

Those writings contain "specific detailing of actions and reasons behind actions" associated with the abduction of three women and their kidnapper's behavior toward them, one of the law enforcement sources said. The source -- who described the "pretty lengthy" writings as "more of a diary" -- said while the writings included talk of suicide, that was just one aspect.

Furthermore, the suspect's history of abuse by family members was cited as justification for his actions.

While more details continue to emerge, those out so far describe a living hell for the abducted women.

According to the initial incident report, the women said that Castro first chained them in the basement but later freed them from the chains and allowed them to live upstairs on the second floor.

They went outside only twice during their ordeal -- and just "briefly" at that, Cleveland Public Safety Director Martin Flask said.

Most of the time the three would be in different rooms, though they interacted occasionally and came to "rely on each other for survival," said a law enforcement source with direct knowledge of the investigation.

One thing they could count on was that their alleged captor would never let them out.

Castro would often test the young women by pretending to leave, the law enforcement source said. Then he'd suddenly return; if there were indications any of the women had moved, they'd be disciplined.

While Knight said that Castro forced her to miscarry her own unborn children, she told investigators that he ordered her to deliver Berry's child, according to a police source familiar with the investigation.

The baby was delivered in a plastic tub or pool in order to contain the afterbirth and amniotic fluid, the source said.

But soon after Berry's baby was born, panic ensued. The child stopped breathing, and everyone started screaming, the source said, citing accounts by the young women.

Knight said Castro threatened to kill her if the baby did not survive, the initial police report states.

"What's most incredible here is that this girl who knows nothing about childbirth was able to deliver a baby that is now a healthy 6-year-old," the source said.

On Thursday, Ohio Attorney General's office spokesman Dan Tierney said that the FBI and Cleveland police have asked the state crime lab to expedite DNA tests on Berry's child -- which typically take 20 days, but ideally will be back by Friday -- to determine if Castro is the father.

The other women held -- Berry, her 6-year-old daughter and Georgina "Gina" DeJesus -- are back with relatives.