Hundreds of fire crews continue to fight four active wildfires in our state.

WASHINGTON - Wildfire officials say Washington is experiencing its worst fire activity of 2022, as crews work to get multiple wildfires under control on the eastern side of the state.

The fires have burned tens of thousands of acres. 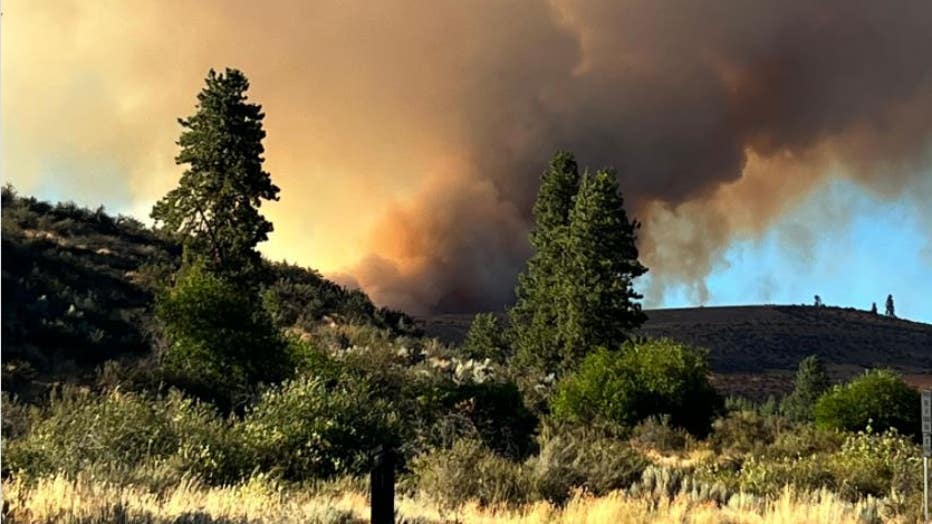 On Aug. 3, crews with the Washington State Department of Natural Resources responded to a wildfire near Ellensburg.

As of Friday evening, the fire had burned nearly 6,000 acres and is about 90% contained.

The fire that was burning in South Central Whitman County last week is 100% contained.

The fire was first reported at about 4:30 p.m. on Aug. 4, and it had spread along the breaks of the Snake River and made its way to the Central Ferry area.

A fire near Cheney, in Spokane County, and near Williams Lake is about 80% contained, as of Tuesday.

More than 200 personnel have responded to the incident.

A fire that has been burning since Aug. 1 in Vantage is 90% contained, fire officials said.

Four structures have been lost in the fire, according to officials.

The cause of the fire is still unknown.

On Thursday afternoon, the entire town of Lind, in Adams County, was ordered to evacuate because of a fast-moving wildfire.

The fire burned about 2,000 acres and about 10 homes were destroyed.

Evacuation orders were lifted and people were cleared to return to their homes.

Below are Washington's three evacuation levels: