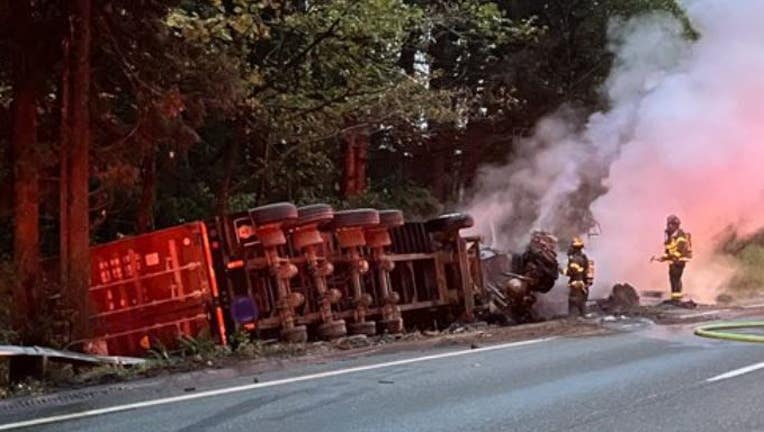 ISSAQUAH, Wash. - Multiple crashes and a semi-truck fire led to both directions of Highway 18 to closed between I-90 and Issaquah Hobart Road on Wednesday morning.

According to Washington State Patrol Trooper Rick Johnson, a pickup truck driver traveling westbound crossed into the eastbound lanes and hit a semi, causing it to rollover.

The driver of the pickup was taken to the hospital with minor injuries and was taken into custody on suspicion of driving under the influence.

Johnson had reminded drivers earlier in the morning that roads may be icy and slick, but it’s unknown if the road conditions led to the crashes.

The cause of the crashes is still under investigation.

Lanes started reopening at about 9:30 a.m.