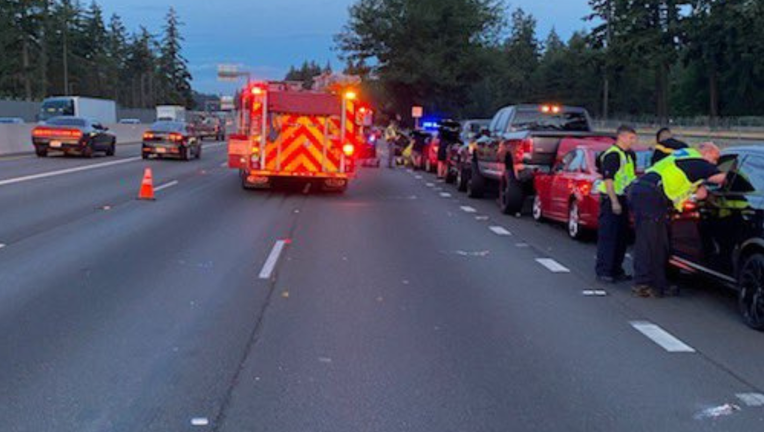 Troopers are investigating a multi-car crash on I-5 near Joint Base Lewis-McChord on Monday morning.

The crash happened in the southbound lanes, north of JBLM before 6:30 a.m.

Three lanes were blocked because of the crash but was cleared before 7:30 a.m.

The cause of the crash is under investigation.