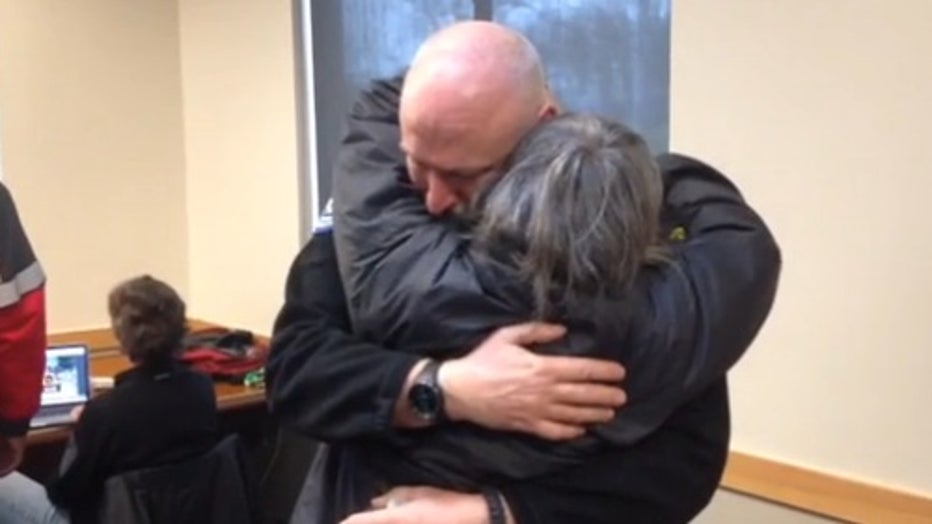 ARLINGTON, Wash. -- Randy Fay, 61, was suiting up for a mock helicopter rescue the morning of the mudslide.


Miles away, Robin Youngblood, 63, had just sat down in her Oso dining room Saturday to chat with a friend.

Disaster would throw them together not once, but twice.

"We heard the noise and looked out the window," she said. "There was a 20-foot wall of mud coming across the valley, and it was racing so fast. It must have been going 150 mph. I just had enough time to say, 'Oh my God!' and we were hit."

An avalanche of silty, sandy mud barreled into the house, tossing her out of her chair into the swirl of furniture, branches and other debris.

"I'm sliding and I'm tumbling, and then it stopped. The whole thing was over in 30 seconds. And I'm glad it wasn't longer because there was mud in my nose and mouth and I couldn't breathe," she said.

She crawled out of the wreckage, and found her house had been knocked off its foundation. Her friend, who was pinned under a fallen tree, managed to free herself. But the women were still stuck atop the house, where freezing water was pooling.

All they could do was wave for help.

That's when Fay dropped from the sky.

He had been circling in his helicopter, searching for movement. When he stepped onto the roof, a strapping figure with a thick white mustache, wearing a space-age helmet and suit, he saw two faces covered in mud, two sets of eyes staring in disbelief.

Youngblood, a grandmother with salt-and-pepper hair and a strong will, asked Fay for a favor. One of the few belongings she had salvaged from the muck was a Native American portrait, a nod to her heritage that she called "Night Warrior." Would he save that too?

After strapping her and her friend into rescue suits and hoisting them to safety, Fay followed--with the painting. He left both women at a makeshift landing zone in the middle of a nearby highway and returned to search for more of the missing.

Soon, he spotted a 4-year-old boy. The child stood alone, shivering in a tattered T-shirt and pants, too young to know he was supposed to wave.

A neighbor had been trying to rescue him, dropping pieces of wood to form a walkway. But then the neighbor started sinking in the quicksand-like slurry.

Fay managed to rescue the man and the boy.

Fay figured the boy would be scared of him, because he looked more like a transformer than the affable grandfather underneath all that gear. So he let the neighbor console the child during the flight. And once they landed, Fay carried the boy to an ambulance, where Youngblood was still recovering. She instinctively opened her arms, and Fay let the boy go to her.

She held the child, sang to him and told him she would take care of him.

Youngblood and Fay never expected to see each other again. Fay, who is also a chaplain, knows it's easy to get emotionally involved during disasters.

Talking about the 4-year-old during a Wednesday briefing, he choked up and had to stop for a moment. Helicopter crews had rescued at least 17 people. They also had recovered 10 bodies. It takes a toll.

After the briefing, just as Fay was back on an even keel, he spotted Youngblood.

She had passed by chance, heard he was speaking, and wanted to thank him.

She's about a foot shorter than Fay, who had to bend over to hug her.

He asked how she was doing. She's staying in a hotel, trying to get identification and the semblance of a life. They traded phone numbers and promised to stay in touch.

Then Fay, who had spent the last three days at work in the emergency operations center, sometimes sleeping under his desk, asked about the 4-year-old.

Youngblood said she stayed with him until he was reunited with his mother. His father and three siblings are still missing.