SEATTLE -- A Capitol Hill couple who have spent the past seven years building a life together have nothing left to show for it but the clothes on their back.

Jason Jones and Ambrose Romero knew from the beginning they were meant to be together.

So after seven years together they got married and settled down in a beautiful home on Capitol Hill, filled with beautiful furniture and art.

"It was our first condo that we purchased together here in the city and we wanted to furnish our first Seattle condo and have a really nice home,” theft victim Ambrose Romero said. 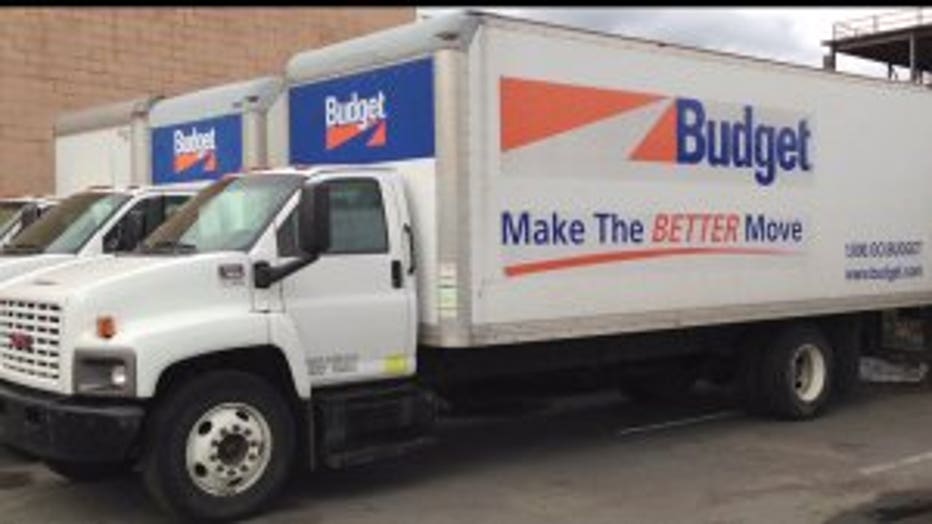 After seven years together, the couple decided to sell their condo and move back home to California.

On Saturday, they packed everything they owned into a 24-foot rental truck and parked it for the night at the corner of Boylston and Olive.

When they woke up Sunday morning, the truck was gone.

"It was last reported seen or being seen at 5:30 a.m. and then between 5:30 and 8 somebody hot-wired it and drove it away. We didn't really expect anyone to steal a giant diesel truck in the middle of a downtown street," theft victim Jason Jones said.

"It feels like we're in a dream, a nightmare right now and at some point we are going to wake up from this and this is going to be in our past, but the reality of it is our stuff for the past seven years is gone," Romero said.

Police found the truck Monday morning in Renton. A couple of blankets and a picture frame were all the thieves left behind.

"Our whole lives were in there since we've been here; it's seven years plus and all of our furniture, family mementos that we won't get back,” Jones said.

Jones' prized collection of movie memorabilia, transformer toys from the 1980s, and thousands of action figures was also stolen -- a $15,000 collection gone.

Fortunately, they still have each other.

Things can be replaced, they say, but it's all the items that make a house a home that they'll miss the most.

"It's those mementos that we have from family members, that have a past, friends that in the past that have given us something over the years that I'll think about it and I'll think I'm not going to see that picture again or that mug again, that's no longer with us, and it's rough, it's hard. It's a real empty void,” Romero said.

All they can do is hope someone will be kind enough to at least return all their photos and portable hard drives with photos on them.

Anyone with information can call Seattle police.