Mountlake Terrace Police recovered the stolen 'Leon Hendrix' signed guitar and some of Daniel McMillin's musical gear that was taken by two women who broke into his unit at Public Storage on June 7th. 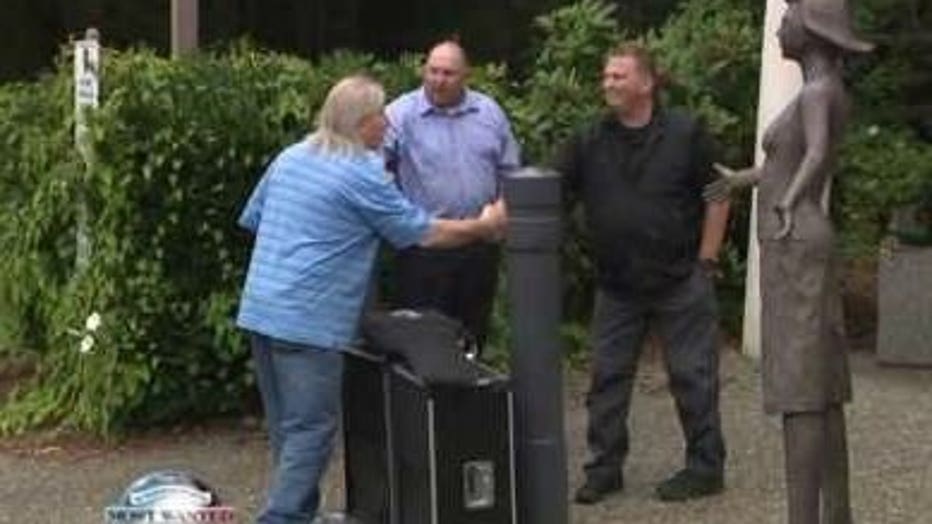 Det. Pat Hatchel and Commander Pat Lowe returned the guitar to McMillin Wednesday morning. "I can't explain the feeling it gives me to get this piece of property back and I want to thank Washington's Most Wanted, Crime Stoppers, Mountlake Terrace Police, our men and women in blue, the detectives that worked diligently to get this stuff back. They are our finest and this means the world to me," said McMillin who plays drums in the band, New Venture. 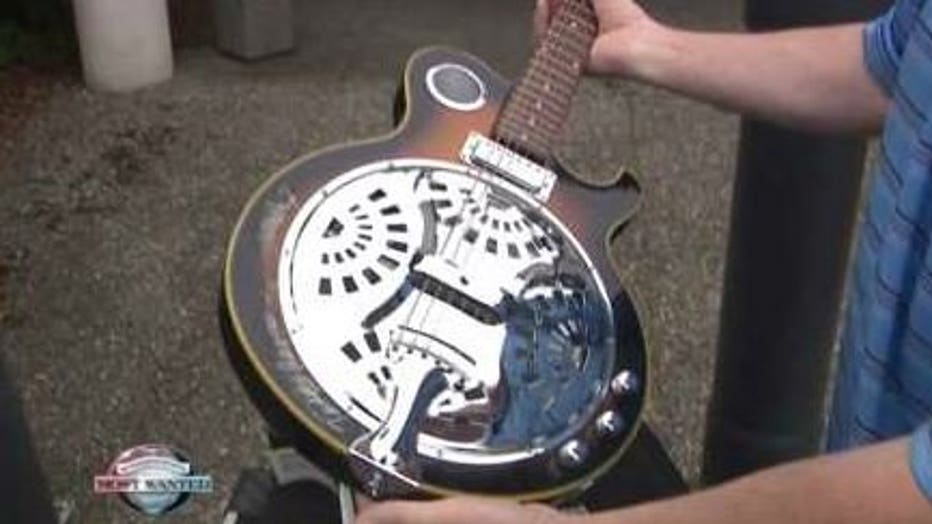 Detectives say the suspect was identified by a Crime Stoppers tip from one of you. "I went to Washington's Most Wanted and I've had good success there before identifying people and within about 3 or 4 days, I got some tips and followed up on those tips that led to one person and that person, when interviewed, admitted to doing the burglary and we were able to get some of the property back," said Det. Hatchel.    WMW is not naming her per our policy until she is formally charged in court with a crime.  Det. Hatchel says she will be held legally accountable.


"Thank you to Washington's Most Wanted for all the help that you guys do with working in partnership with us and all the other law enforcement agencies and for the hard work that Det. Hatchel put in on this case, to track these people down and to figure out where this property was. The partnership between Washington's Most Wanted and the Mountlake Police Department has worked out really well and it got this guy's property back and that's pretty cool," said Commander Pat Lowe.


WANTED IN MOUNTLAKE TERRACE --
A music lover is feeling the blues after two sticky-fingered thieves broke into his storage unit in Mountlake Terrace and stole his equipment.

Surveillance video from the Public Storage shows the two young women police are asking for your help to identify, after the one in the hat jumped the fence and opened the gate for her partner-in-crime in the ponytail.

Their victim is cataloging what they stole and warning others to make sure your storage facility is secure.

Music is Daniel McMillin's livelihood. He’s the drummer in the band, New Venture. Their cover of the Beatles song, ‘Don’t Let Me Down,’ is appropriate for he how feels about finding his stolen musical gear after these two women broke into his storage locker. "It rips not only at your heart, because of somebody invading your privacy, but also not having the equipment that you`ve known and loved for years,” said McMillin.

The crooks got away with more than $4,000 worth of stolen items, including custom studio monitors, sentimental percussion instruments, amps and a guitar signed by Leon Hendrix. "It's hard to put a price on a guitar like that, but sentimental value of course."

Mountlake Terrace Police say the two suspects drove up to the public storage facility on June 7th in a white Ford Ranger. There's only one surveillance camera, but it shows them trying several security codes on the main gate which didn't work. “One of them went around to the back of the storage place, put a blanket over the fence and went over the barbed wire fence and then she came down and let her friend in,” said Mountlake Terrace Police Det. Pat Hatchel. Detectives say they cut the padlock on McMillan's unit and nonchalantly loaded up a handcart with the stolen loot and then rolled it out with a blanket covering it. “They seemed to have a very good routine and the way they did it makes me think that they came prepared to do this and I`m sure that they`ve probably done some before,” said Det. Hatchel.

McMillin is still able to perform, because his drums were stored elsewhere, but he hopes somebody spots the rest of his equipment for sale so he can get it back.

“Security here is not up to what it should be, seriously,” said McMillin. A weakness easily exploited by these two women that police really want to find. "The stuff that they took is irreplaceable for him, I mean it`s very important to him and I would really like to get his stuff back and catch them, so no one else has to go through this,” said Det. Hatchel.