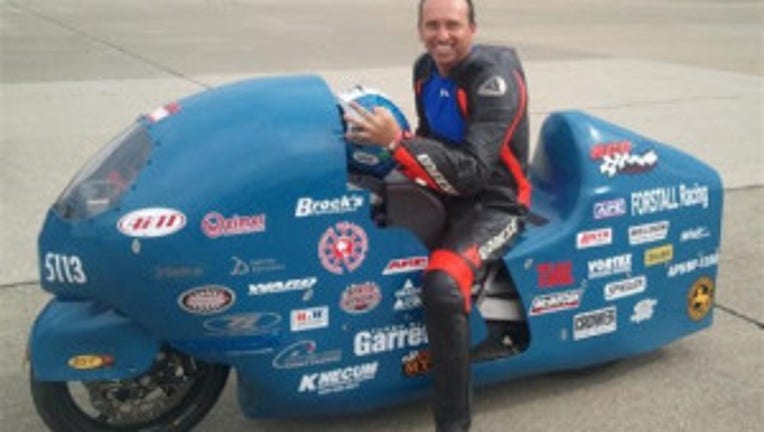 LIMESTONE, MAINE -- A Florida man who set the world record for fastest speed on a conventional motorcycle died Sunday morning after losing control of his motorcycle and reportedly sliding 1,000 feet during a speed trial at the former Loring Air Force Base in Maine.

William “Bill” Warner, 44, was attempting to hit 300 mph when he lost control of his modified turbocharged Suzuki Hayabusa.  He was rushed to the Caribou hospital where he died from his injuries at 11:15 a.m.