EVERETT, Wash. -- A day after a plea deal took the death penalty off the table for Allen Ivanov, who shot and killed three people at a Mukilteo house party, the mother of one of the victims said Tuesday that justice was not served.

Investigators say he was upset his ex-girlfriend, Anna, was moving on with her life.

On Tuesday, Snider told Q13 News the justice system failed her son and that she is upset with the prosecutor for accepting a guilty plea deal from Ivanov that took the death penalty off the table.

“I am extremely disappointed that (Snohomish County prosecutor) Mark Roe accepted a plea deal. I was told three hours before he pleaded that the prosecutor office felt it was the best course of action." 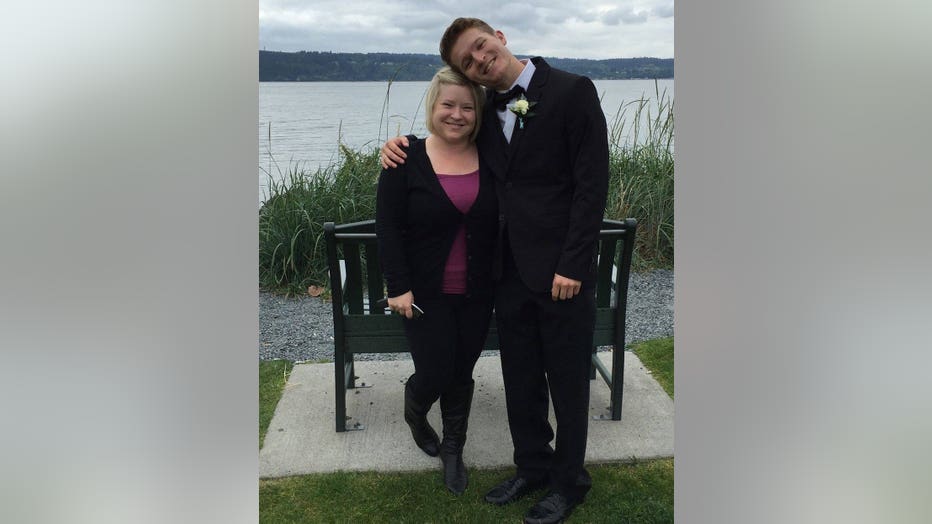 Autumn Snider with her son, Jake Long, 19, who was killed in the Mukilteo house party shooting.

“I can tell you Autumn is not the only person who did not agree with me,” Roe said.

Roe says he struggled with the decision and he was undecided until the defense approached him with the deal Friday evening.

“The defendant was willing to plead guilty, which would mean if he did, there would not be years if not decades of torment and uncertainty for these families. I had to consider that I hadn’t made up my mind yet; I thought about it all weekend long,” Roe said.

Roe says ideology did not play a role in his decision. He has sought the death penalty in past. But in Ivanov’s case there are mitigating factors, including the defendant’s age, 20 years old, and lack of criminal history that Roe believes could have affected a jury in a death penalty case.

There are mixed emotions about the decision but Will Kramer, who is the only one who survived after being shot by Ivanov, supports the outcome. So does Will’s father who says he is relieved.

“To have to go through a long protracted court case would have brought on more pain and suffering for those 16 survivors who has already gone through so much,” Kramer said.

But Kramer understands why others like Snider are upset.

“My heart aches for them; there is a huge hole in their lives. There is no way to make that right, no way to bring their children back,” Kramer said.

Instead, Snider can only replay the memories like the one she shared with Q13 News of Jake dancing with his little brother.

Snider will never get to build more memories with her loving son -- for her, the pain will never go away.

To make matters worse, Ivanov has shown no remorse, even writing rap lyrics boasting about the murders. Roe believes the public finding out about those lyrics played a role in the defense coming to him with the plea deal.

Ivanov’s sentencing is set for January 12 when, under the plea deal, he will get life in prison without the possibility of parole.