EMPORIA, Va. -- The mother of a 6-month-old boy who died after he was left in a car for hours says she forgot her baby was in the car while she was at work, according to WTVR. Police in Emporia are still investigating Friday's incident.

Blondia Curry, 30, said she was taking her children to stay with various family members Friday before work when she got a call that led to tragedy.

"My youngest daughter's father calls and he said his mother wasn't going to be able to watch . That's what I believe threw me off," the mother of four said.

Curry said she arranged for one relative to watch her three oldest children.

After she dropped them off, she said she drove to her job at Domino's Pizza on Market Drive in Emporia -- forgetting to drop off her baby at another relative's home. 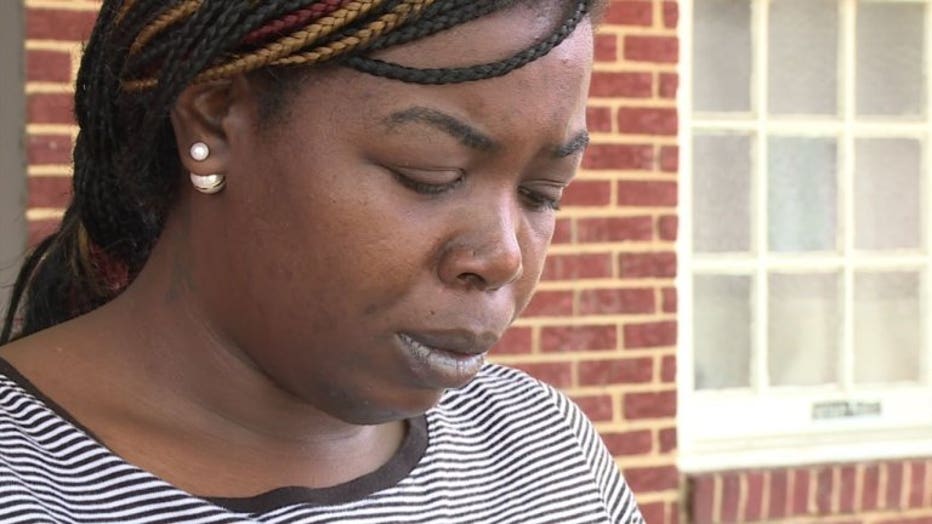 "My friend called me on the way to work and asked me about my oldest daughter, checking on her, and I just forgot all about dropping the baby off," Curry admitted.

Police believe baby Dameer was left in his mother's car about five hours, between 4 p.m. and 9 p.m. Friday.

Curry discovered the child in distress when she went outside during a work break.

Witnesses and later police and EMS attempted to revive the child, but it was too late.

Dameer was pronounced dead at the hospital.

"I've been stressed out with my 10-year-old daughter . I could have lost her. Just been a lot on me," Curry said.

Police said Curry was cooperating with their investigation and they were currently awaiting autopsy result from the Medical Examiner's Office.

"I do everything for my kids, I work hard for them," Curry, who worked this summer at both Domino's Pizza and Greensville High School said. "That's how much I love my kids. They didn't ask to be here, you know? I did anything I could for my kid."