A deer came racing out of the woods as a newborn baby was crying while being watched over by his mother.

NEW LEXINGTON, Ohio - A deer raced out of the woods toward a crying newborn baby boy in Ohio, and the baby’s human mother attributed the recent encounter to the deer’s own maternal instinct.

New Lexington resident Hanna Burton was watching her 5-week-old son Charlie on a wooden deck outside her home on June 9 when Charlie began to cry.

Moments later, a deer charged out of the nearby woods and stopped suddenly to look at Hanna and a crying Charlie — possibly mistaking the newborn’s cries with a crying fawn.

In video taken by Burton, she tells the deer, "This is my baby. It’s not yours. Hi, momma."

As the camera turns toward Charlie, Burton tells her son, "She thinks you’re her baby," while the deer looks worriedly toward the deck.

Burton originally posted the video on TikTok with the caption, "When you almost have to throw down with a momma deer because your baby starts crying outside." 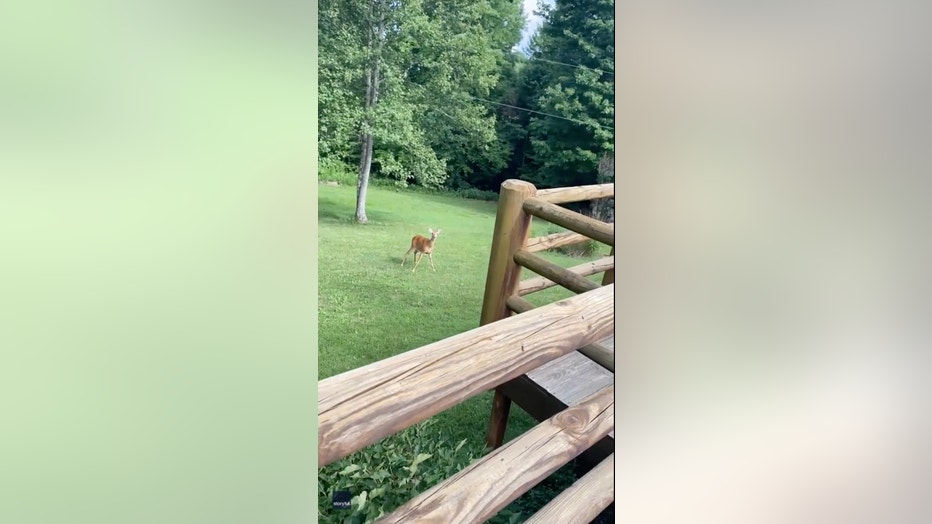 A deer greeted a crying human baby boy and his mother in their Ohio backyard. (Hanna Burton)

The video attracted over 6.6 million likes and 27 million views.

Burton said the deer and her two fawns live nearby and occasionally appear outside of her home.