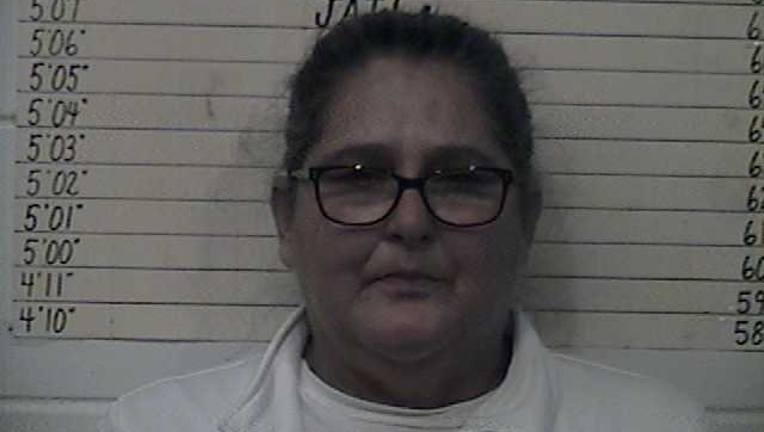 Meaonia Michelle Allen confessed to the 1993 murder of her infant son to hide the pregnancy. (Credit: Oklahoma State Bureau of Investigation)

CHOCTAW COUNTY, Okla. - A mother turned admitted to the 1993 murder of her baby son after surrendering to authorities.

The Oklahoma State Bureau of Investigation said authorities arrested 53-year-old Meaonia Michelle Allen last Wednesday after she turned herself in for an outstanding warrant for one count of first-degree murder. Bond was denied.

Authorities said "Baby Doe" was found on December 8, 1993, by a homeowner in her yard in rural Choctaw County.

A medical examiner determined the baby boy was born alive but was killed after his throat was slashed.

The case then went cold.

Authorities said in October 2020, a special agent submitted DNA belonging to "Baby Doe" to a laboratory. That led to Allen being identified as the baby’s mother. Allen admitted to the murder during an interview, according to investigators.

"During a follow-up interview a few days later, Allen admitted to cutting the baby’s throat shortly after his birth," authorities said in a Facebook post.

"Allen, who was working for a daycare center at the time, did not tell anyone of her pregnancy or delivery in the almost 30 years of the child’s murder," the post continued.

"The synergy between our agents and criminalists to solve cold cases, especially those with an unidentified victim, is to be applauded," Ricky Adams, OSBI Director, said. "Identifying the use of genetic genealogy as a tool and the work of Parabon and our internal genealogy specialist provided significant leads in this disturbing case. Baby Doe can now be properly laid to rest and his killer will be held accountable."

Oklahoma currently has a safe-haven law. Babies under seven days old are allowed to be relinquished to certain entities by parents and without a court’s approval.