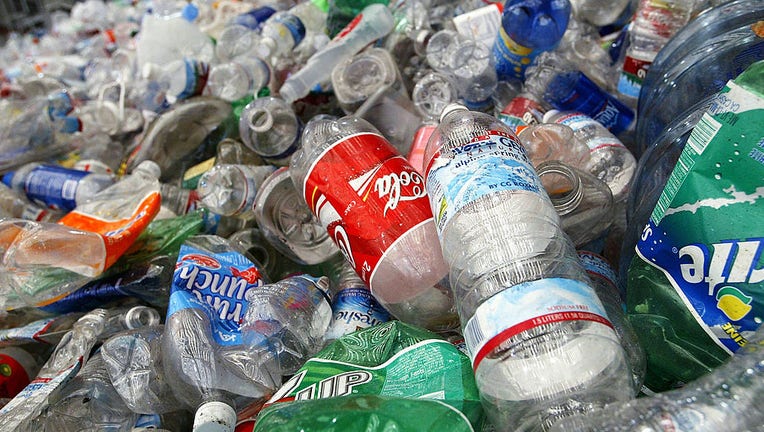 A new report from Greenpeace calls plastic recycling a "failed concept" after 30 years of unsuccessful efforts to recycle plastics that left consumers with the idea they are helping prevent trash when most of their efforts end up in the landfill anyway.

The 40-page report is an update from a 2020 survey. According to Greenpeace, researchers found little change in progress toward recycling plastic waste as the use of plastics continues to grow. Of 51 million tons of plastic waste created in 2021 by U.S. households, only 2.4 million tons were recycled, according to their Circular Claims Fall Flat Again report released this week.

"Unlike with paper or metals, there are two insurmountable barriers that prevent plastic recycling from ever working at scale: toxicity and economics," according to the Greenpeace report. "Plastic cannot be safely recycled from post-consumer household waste back into new food-grade plastic products."

Despite efforts by cities and counties to encourage residents to sort their waste and recycling, the amount of plastic recycling declined by about 5-6% last year.

It's a win-win for the Louisiana National Guard, Rebekah Castor explains.

Fast food or take-out food containers which include plasticware, trays, bags, cups and clamshell containers, rarely meet the 60% standard requirement to legally claim an item is recyclable in the U.S. Still, many items have the recycle symbol on them, but only 1% of U.S. residents have access to a facility that would accept plastic film or polyester flexible plastics commonly used in takeout containers.

"Single-use plastics are like trillions of pieces of confetti spewed from retail and fast food stores to over 330 million U.S. residents across more than 3 million square miles each year," Greenpeace USA Senior Plastics Campaigner Lisa Ramsden said. "It’s simply not possible to collect the vast quantity of these small pieces of plastic sold to U.S. consumers annually."

The problem(s) with plastic recycling 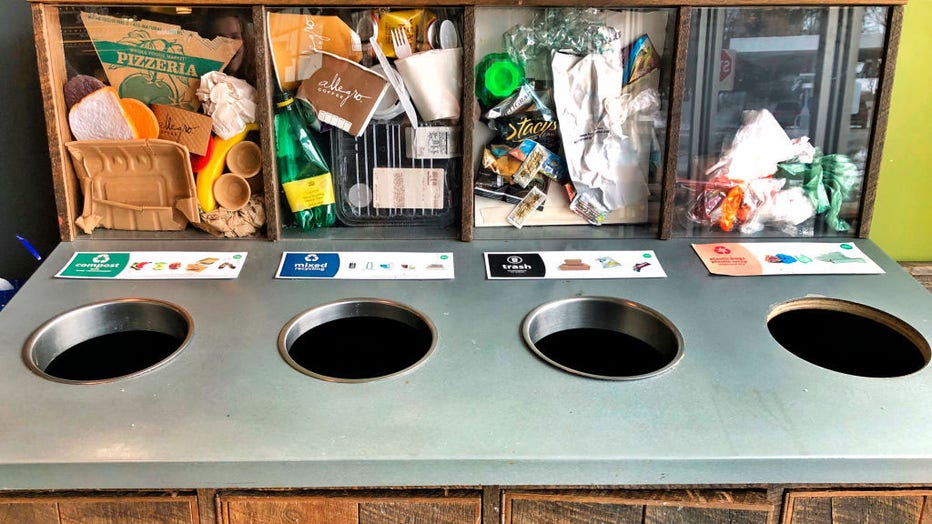 So where do your sorted and cleaned plastic containers end up? According to the report, plastic waste that has no way of being recycled or re-purposed is incinerated, in turn, creating carbon dioxide emissions.

If municipalities have recycling programs, they must then find buyers for plastics.

According to Greenpeace, "the flood of 400 million tons/year of cheap new plastic production kills the business case for large-scale investment in plastic recycling."

Knoxville, Tennessee accepts plastics labeled No. 1 through 7 but disposes of the items between 3 and 7 because the city has not found an "end-market" buyer for the waste. Those items make up less than 2% of Knoxville's recyclables collected, according to the city.

Part of the failure is that there are thousands of types of synthetic plastic materials that are not recyclable and many labeled "recyclable" that fail to meet U.S. or global standards of being recyclable.

Greenpeace argues in its report that more funding for recycling programs at the local and global level is not the issue.

"Spending billions of consumer and taxpayer dollars to increase collection could be a waste of money. Even if it were all collected, mixed plastic waste cannot be recycled together, and it would be functionally impossible to sort the trillions of pieces of consumer plastic waste produced each year into separate types to be reprocessed," according to the report.

The report states that while plastic recycling has "largely failed" the solution is not new recycling methods but reducing plastic production and use overall.

The organization is calling on companies to take action now and be transparent about their single-use plastic footprint.

"Companies in the U.S. and around the world must urgently phase out single-use plastics by replacing their packaging with reuse and refill systems and offering packaging-free products," according to the study authors.

According to Ramsden, without intervention, the problem will get worse as the current industry trajectory triples plastic production by 2050.