WASHINGTON -- The U.S. government has warned airlines to pay particular attention to the possibility of terrorists attempting to hide explosives in shoes, a result of new intelligence, according to two people familiar with the situation.

The officials stressed there is no specific threat or known plot.

Intelligence collected by the United States and other countries has indicated terror groups have been working on new shoe-bomb designs, the sources said Wednesday.

That knowledge prompted the Department of Homeland Security to warn airlines to be on the lookout for explosives hidden in shoes on flights from overseas to the United States, they said. 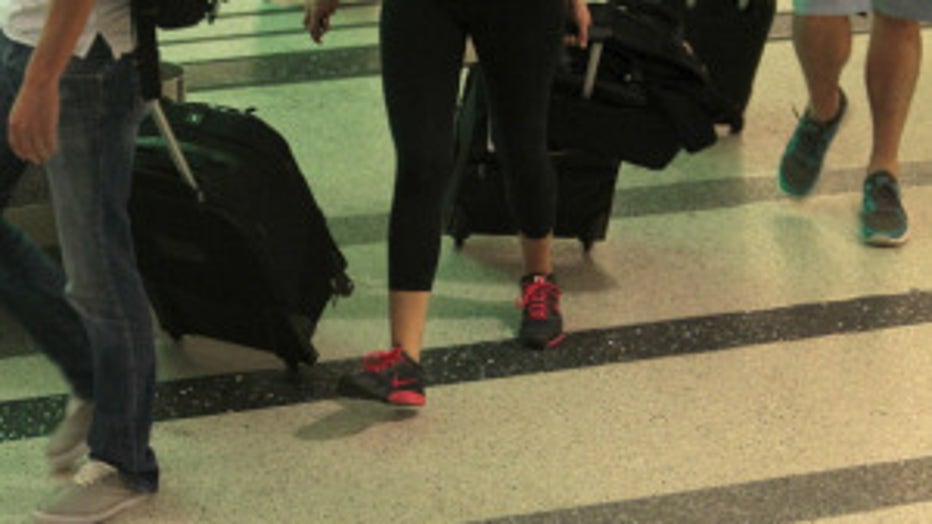 A separate intelligence official underscored the warning was issued out of a sense of heightened caution.

"This threat is not specific or credible enough to require a specific response. DHS often issues these alerts out of an abundance of caution, but this does not necessarily rise to the level of facilitating a response," the intelligence official said.

A fourth official similarly stressed there is no specific threat and said there is already some puzzlement about why DHS issued the warning.

Yet another intelligence source said the warning went beyond a concern about explosives in shoes to include cosmetics and liquids.

The official added that the threat is unrelated to recent warnings about toothpaste and cosmetic tubes potentially being used to hide explosives on flights to Russia.

Terrorism experts say airlines continue to be a target of terrorists wishing to make a spectacular impact with an attack. The focus on security since 2001 has shifted from hijackings to bombs, especially those that might be hidden in luggage.

In December 2001, just weeks after the 9/11 attacks, passengers aboard an American Airlines flight from Paris to Miami thwarted another passenger's attempt to detonate explosives hidden in his sneakers. Richard Reid, a British citizen, pleaded guilty and is serving a life sentence.

A failed attempt to blow up an overseas flight heading to Detroit on Christmas Day in 2009 involved a bomb concealed in a passenger's underwear.

Current Transportation Security Administration policy requires passengers going through security checkpoints to take off their shoes to be X-rayed.

DHS is not making any changes to passenger requirements, though travelers may notice additional searches, including swabs to detect explosives, according to a law enforcement official.

The official added that there are "seen and unseen" measures TSA can take for security and additional scrutiny.

The warning outlined 25 to 30 cities overseas, all of which have nonstop flights to the United States, an airline industry source said. Johannesburg, Paris, London and Cairo, as well as some cities in the Middle East, were on the list.

For carriers flying on those routes, the alert warned there would be increased scrutiny of people who appear on the TSA's "selectee list," which includes people deemed suspicious who could warrant additional screening, as well as randomly picked people.

The warning was meant to give a heads up to airlines about delays, not asking airlines to do anything specific, the industry source said.