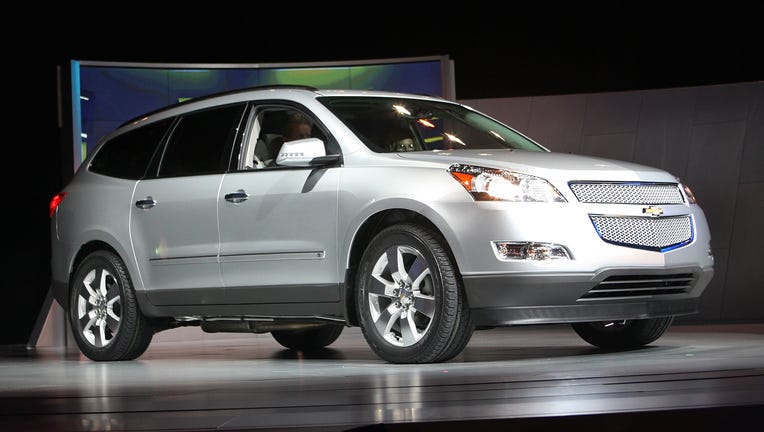 The automaker recalled another 2.4 million cars and trucks Tuesday, with 1.3 million being popular late-model crossover vehicles, along with 1.1 million older cars.

The crossover SUVs being recalled -- Buick Enclave, Chevrolet Traverse, GMS Acadia and Saturn Outlook -- have a problem that can cause the front seat belt to separate from the car during a crash. GM said it is a serious enough problem that it is ordering dealers not to sell new or used models of the vehicles until repairs are made. The model years involved are 2009 to 2014.

GM did not immediately provide details if anyone was injured or killed by that problem. But it said there were no injuries associated with the other recalls announced Tuesday, although there were 18 accidents associated with a problem with the automatic transmissions in Chevy Malibu and Pontiac G6 being recalled.

The latest recall pushes the number of vehicles it has recalled this year to more than 15 million worldwide.