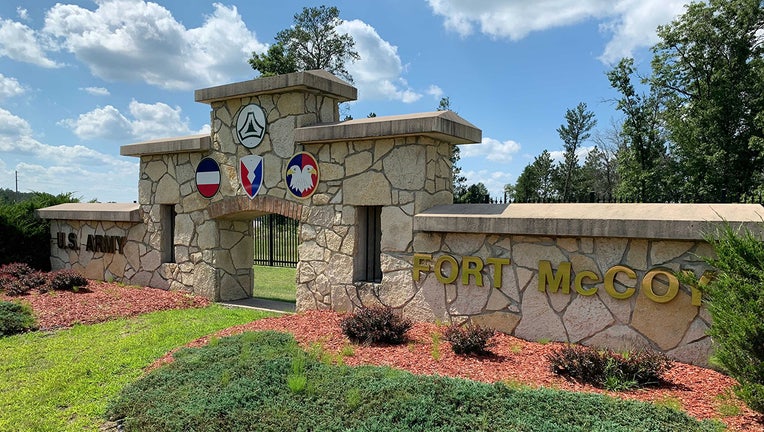 MADISON, Wis. - More than 8,000 refugees from Afghanistan were being temporarily housed at Fort McCoy in western Wisconsin as of Friday and the military base has a capacity to host up to 13,000 as they are resettled across the country, a military official said Friday.

The base, located about (65 kilometers) east of La Crosse and the Minnesota border, is one of three in the U.S. processing Afghan refugees since the Taliban took control after the United States withdrew.

Military officials initially said Fort McCoy would temporarily house up to 10,000 refugees, but they are now expanding that count to 13,000. The number of Afghans there currently has nearly tripled in a week.

As of Friday, there were 8,780 Afghan refugees at the base, said Cheryl Phillips, a spokeswoman for a task force overseeing the refugees at Fort McCoy. About 1,390 soldiers are supporting them, she said.

The base has the capacity to support up to 13,000 refugees, she said.

Many of those at the base also require medical care, a senior Army official representing Task Force McCoy and a State Department official said during a telephone briefing Thursday. The officials spoke with members of Wisconsin news outlets with the understanding that they would not be named.

Army medical personnel are being assisted by civilian health care workers, in addition to Red Cross workers, the Milwaukee Journal Sentinel reported. Some of those needing a higher level of care are being sent to area hospitals.

Purcell Pearson's mother said her family and Pearson's fraternity brothers have been working with UW-Whitewater to create a scholarship in his legacy.