More military families are saying they've had to move out of Joint Base Lewis-McChord after reports came out that mold was making homes unlivable: http://via.q13fox.com/jtiVE

SEATTLE -- More military families are saying they've had to move out of Joint Base Lewis-McChord after reports came out that mold was making homes unlivable.

A day after Melissa Godoy says she and her family had to move out of their home on base after finding mold, eight other military wives came forward repeating the same message.

These military wives say while their husbands fight for our country, they are now fighting for a decent place to live. At least 46 families have moved out of their home on base after finding mold.

Seven out of the eight families who spoke are all living in hotels and say it's because the conditions in their homes left them with no other choice. 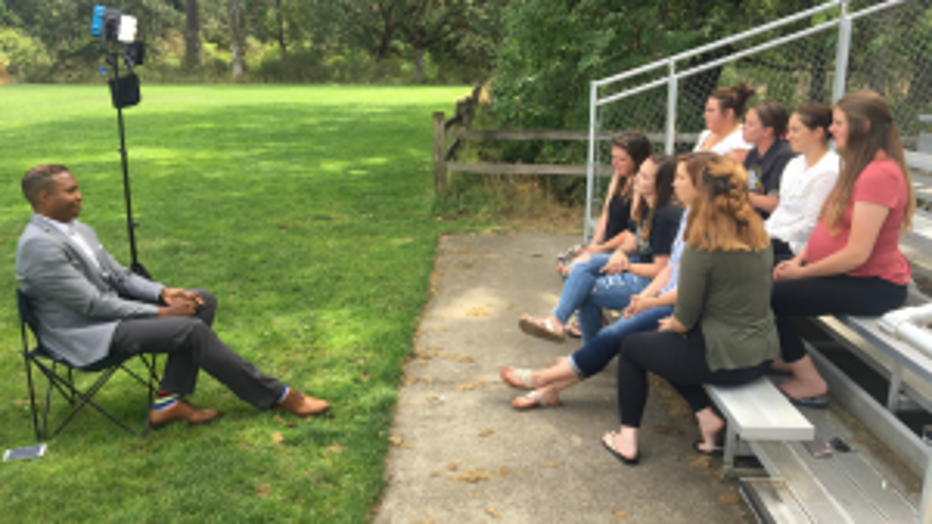 Lincoln Military Housing is the private property management company that runs the housing at JBLM. The company is paying for the temporary accommodations but released a statement saying these families moved out voluntarily, and it wasn’t because of any health or safety issues.

But the families disagree.

“I want Lincoln to know that this is not us, I didn’t choose this," Jessica Asbridge said. "This is them and their negligence that put us in these situations, and they need to answer for it."

They say after moving into on-base housing, many of them have repeatedly had to make doctor visits after constant illness, adding they feel their problems have been ignored.

"After meeting with a neurologist at Seattle Children's they did confirm it was due to black mold exposure and since being in a hotel my son hasn’t had a single seizure," said Kelsey White.

A 900 member FaceBook group online has numerous posts telling similar stories about the conditions on base.

For the eight military wives we spoke to, they tell their mission now is to bring change so that another military family at JBLM doesn't end up in the same situation.

"This is not just affecting us as spouses and children and pets this is affecting our country as a whole," said Jessica Asbridge. "These guys aren’t mission ready they're focused on trying to keep their families safe."

"As far as remediation it’s a day late and a dollar short," said Chelsea Johnson. "I don’t think there’s a whole lot LMH can do but boot, scoot, and boogie their way on out.”