You might as well get used to the cold -- winter hasn't even started yet.

Temperatures Friday will ranging from the mid 20s to mid 30s as we start the day which is cooler than our normal overnight low of 36 degrees.

We'll see the dense fog in some areas start to burn off as the day goes on. Poor visibility for a lot of folks out there, especially in the South Sound near the Tacoma Narrows Bridge.

Traveling across the mountain passes will be pretty once you get up to the top! After fog lifts at the surface you'll see nothing but blue skies and temps near the summit about 40 today. But once you continue east towards Wenatchee, Cle Elum and Ellensburg you'll run into more fog and chilly temps because of our persistent late fall inversion.

Not much change to the forecast this weekend. More late night/morning fog.  Highs upper 40s with lows sitting in the mid 30s.

In the coming days, look for spots of freezing fog which leads to black ice. Be safe and drive carefully! 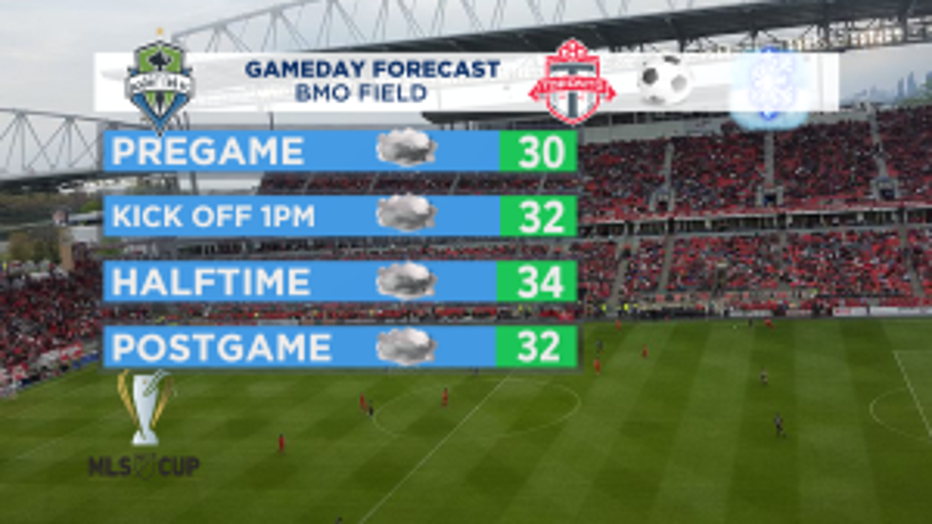 Sunday: The Seahawks on the road this weekend at Jacksonville.  Kick off vs the Jaguars set for 1:25pm.  Mostly sunny in the mid 50s when the ball flies.

The weather looks like a repeat of the weekend, but some models are suggesting we may get clipped by a system on Tuesday that could bring a few sprinkles to the coast. It likely won't be strong enough to hold and push inland. Any moisture will be confined to the coast. Highs in the upper 40s to low 50s all week.  Overnight lows fall into the 30s to near 40.

Enjoy the weekend and week ahead. It's a perfect time to get out and enjoy the holidays around the Northwest. Lots of fun activities for the kids and adults too!

Folks can check out the Zoo lights nightly at the Woodland Park Zoo and don't forget about the Warm Beach lights festival in Stanwood.