Amazon is now being accused of stealing tips from its delivery drivers. Washington State Attorney General Bob Ferguson believes Amazon deceived consumers into thinking they were tipping delivery drivers, but instead, Amazon was redirecting the money to help drive up profits and lower labor costs.

The EU's executive Commission said it accepted the legally binding commitments from Amazon to resolve two antitrust investigations. The deal allows the company to avoid a legal battle with the E.U.’s top antitrust watchdog that could have ended with potentially huge fines, worth up to 10% of annual worldwide revenue.

The agreement marks another advance by EU authorities as they clamp down on the power of Big Tech companies, and comes just a day after the Commission accused Facebook parent Meta of distorting competition in the classified ads business.

"Today’s decision sets the rules that Amazon will need to play by in the future instead of Amazon determining these rules for all players on its platform," the EU’s competition commissioner Margrethe Vestager said at a press briefing in Brussels. "With these new rules, competing independent retailers, carriers and European customers will have more opportunities and choice." 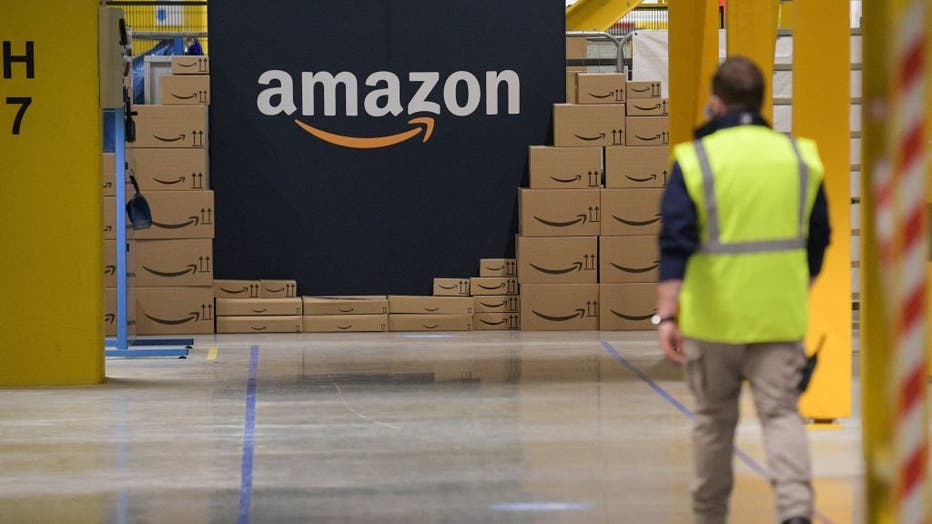 The agreement only applies to Amazon’s business practices in Europe and will last for seven years. Amazon will have to make the promised changes by June.

"We are pleased that we have addressed the European Commission’s concerns and resolved these matters," Amazon said in a prepared statement, adding that it still disagrees with some of the Commission's preliminary conclusions.

Amazon had offered concessions in July to resolve the two investigations. It improved those initial proposals after the commission tested them out and received feedback from consumer groups, delivery companies, book publishers and academics.

The company promised to give products from rival sellers equal visibility in the "buy box," a premium piece of real estate on its website and app that leads to higher sales. The buy box has two buttons that let customers "buy now" or "add to basket."

European customers will get a second buy box underneath the first one for the same product, but with a different price or delivery offer.

"As Amazon cannot populate both Buy Boxes with its own retail offers, this will give more visibility to independent sellers," Vestager said. Regulators will monitor how the second box performs and ask the company to adjust the presentation if it doesn't get enough customers attention, she said.

Amazon is also easing access for merchants and couriers to its Prime membership service. It will stop discriminating against Prime sellers that don't use its own logistics and delivery services and will let Prime members freely choose any delivery service. Currently, couriers can only deliver Prime parcels if they're approved by Amazon.

The company also pledged to stop using "non-public data" from independent sellers on its platform to provide insights on how to compete against those merchants through its own sales of branded goods or "private label" products.

Amazon uses the data to decide what kind of products to launch, how much to sell them for, which suppliers to choose, or how to manage inventories, Vestager said.

She said the company has committed to stop doing this with seller data, including sales, revenues, shipments, transaction prices, performance, and consumer visits.

Amazon is facing similar scrutiny in the U.S. and Britain.

In September, California Attorney General Rob Bonta’s office sued Amazon, accusing the company of stifling competition and increasing prices for products across the market through its policies. His office said Amazon effectively barred third-party sellers and wholesale suppliers from offering lower prices elsewhere through contract terms that harmed the ability of other businesses to compete.

The company says it considers an item competitively priced when it's offered at or below a price displayed by other retailers, which can spur higher prices elsewhere. Some vendors who pay more to sell on Amazon could lower their prices on other sites, but they don’t do so out of fear they will lose valuable Amazon real estate or face suspensions, the lawsuit said.

READ ALSO: Jeff Bezos says he will give away most of his fortune

The settlement comes amid a wider crackdown by regulators in Europe and elsewhere on Big Tech companies. In March, E.U. officials approved a new law that will take effect by 2024 to prevent so-called digital gatekeepers from dominating markets by giving preference to their own products, or using data collected from different services. Violations could result in fines of up to 10% of their annual revenue.