EVERETT, Wash. -- Everett angler William "Woody" Woods has quite the fish tale about the one that didn't get away. 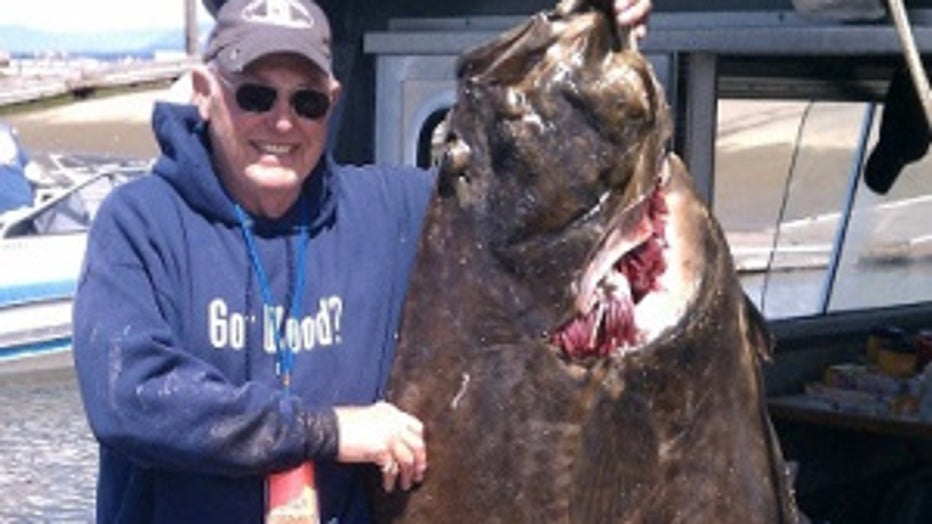 Woods, 71, and his two fishing buddies, Ted Measor and Pat Vaughn, landed a 225-pound halibut on Friday in the Strait of Juan de Fuca, a 95-mile-long body of water that flows between the north end of Washington state's Olympic Peninsula and Canada's Vancouver Island.

The trio caught the halibut after a 30- to 45-minute struggle just west of Sequim, about 66 miles northwest of Seattle. They were fishing in about 430 feet of water.

"I didn't know what I had," Woods recalled. "After about 45 minutes, we found we had this monster!"

"When I looked over the side of the boat, I saw a head bigger than mine,"  Woods said. "He did not like being caught."

The anglers were still giggling on Monday and said they'll never forget this fish story. 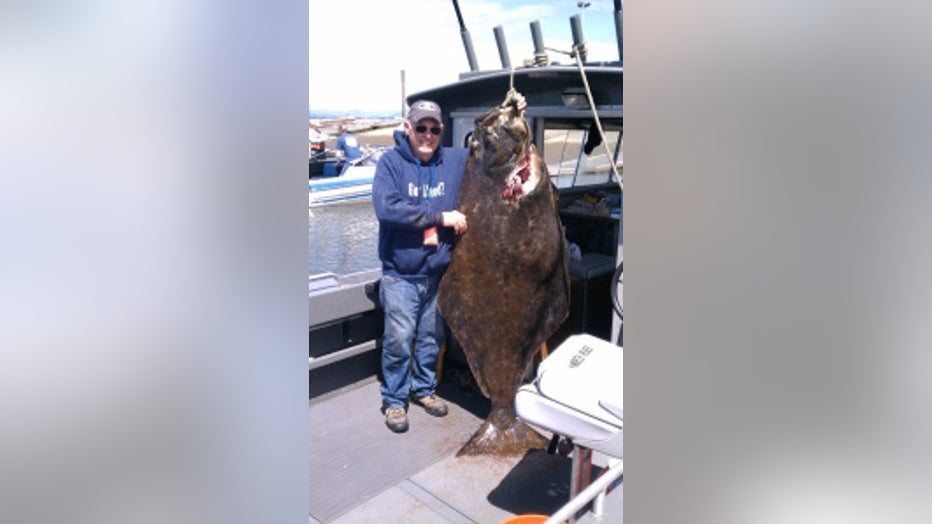