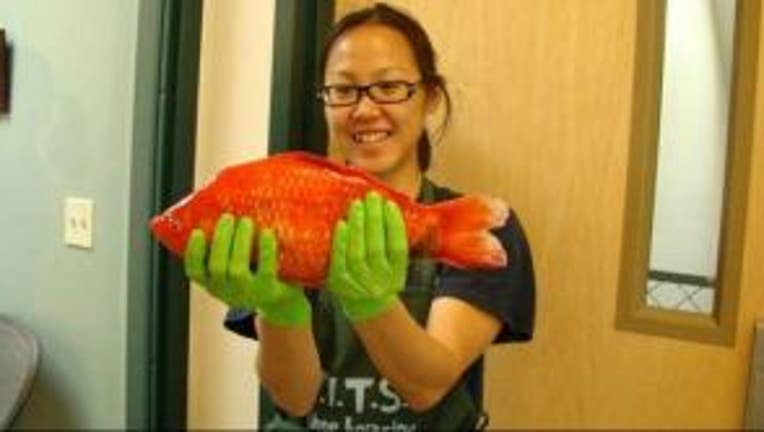 A new kind of lake monster has been found, in the depths of Lake Tahoe: gigantic goldfish. Researchers trawling the lake for invasive fish species scooped up a goldfish that was nearly 1.5 feet long and 4.2 pounds.

"During these surveys, we've found a nice corner where there's about 15 other goldfish," environmental scientist Sudeep Chandra of the University of Nevada, Reno, told LiveScience. "It's an indication that they were schooling and spawning." The arrival of the fish, which were probably dumped there by aquarium owners, has Chandra worried — goldfish are an invasive species that could interfere with Lake Tahoe's ecosystem.

It's unclear whether the giant fish were introduced as fully grown adults, or while they were still small, Chandra said. But even a small creature can have a big impact, if there are enough of them.