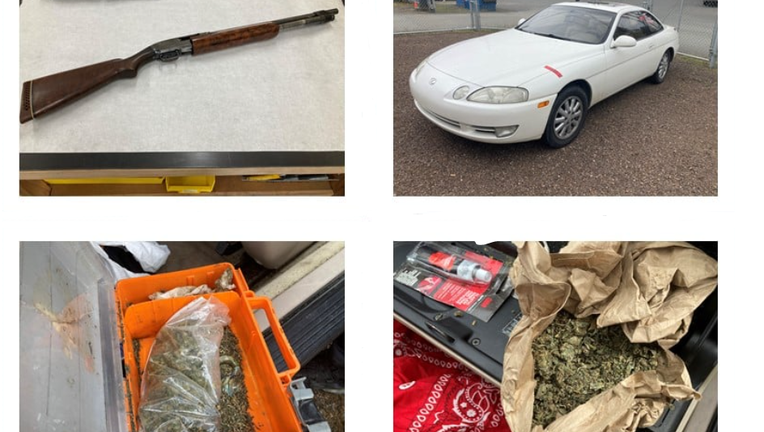 MONROE, Wash. - The Monroe Police Department (MPD) is investigating after they found a shotgun and several pounds of marijuana in a stolen car Thursday.

According to the MPD, officers found a suspicious Lexus sedan parked behind Galaxy Theatres Monroe on Monday. Officers say two people were in the woods nearby, and when they saw police, they took off running.

Authorities say they chased the suspects and arrested them. They were identified as a 32-year-old woman from Sultan, and a 36-year-old man from Lakebay.

RELATED: Stolen cars up 150% this year in Pierce County

Officers investigating the scene discovered the vehicle had been stolen, and the male suspect was carrying the key. He was booked into Snohomish County Jail on charges of making a false-misleading statement to an officer after he lied, saying he was the brother of the owner of the stolen car.

On Thursday, officers obtained a search warrant on the stolen car and found a shotgun and several pounds of marijuana.

The MPD says they will continue their investigation.