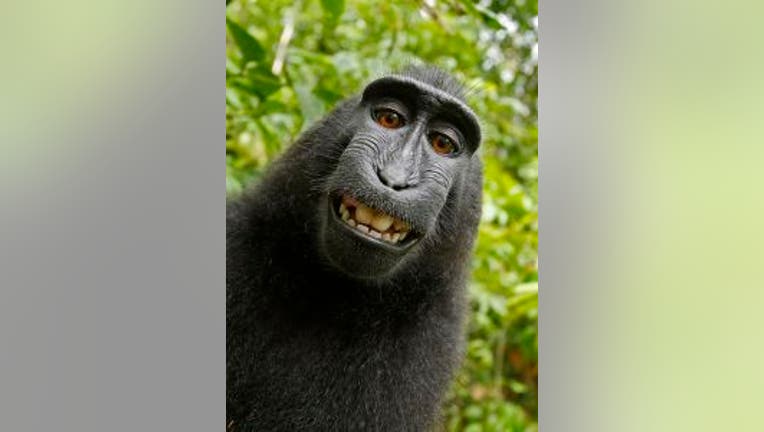 One of the disputed "selfies" taken by a monkey. (Photo: Commons.wikimedia.org)

SAN FRANCISCO (AP) — A federal judge in San Francisco has ruled that a macaque monkey who took now-famous selfie photographs cannot be declared the copyright owner of the photos.


U.S. District Judge William Orrick said in a tentative opinion Wednesday that while Congress and the president can extend the protection of law to animals as well as humans, there is no indication that they did so in the Copyright Act.

The lawsuit filed last year by People for the Ethical Treatment of Animals sought a court order allowing PETA to administer all proceeds from the photos for the benefit of the monkey, which it identified as 6-year-old Naruto.

The photos were taken during a 2011 trip to Sulawesi, Indonesia, by British nature photographer David Slater, who asked the court to dismiss the case. He says the British copyright obtained for the photos by his company, Wildlife Personalities Ltd., should be honored worldwide.