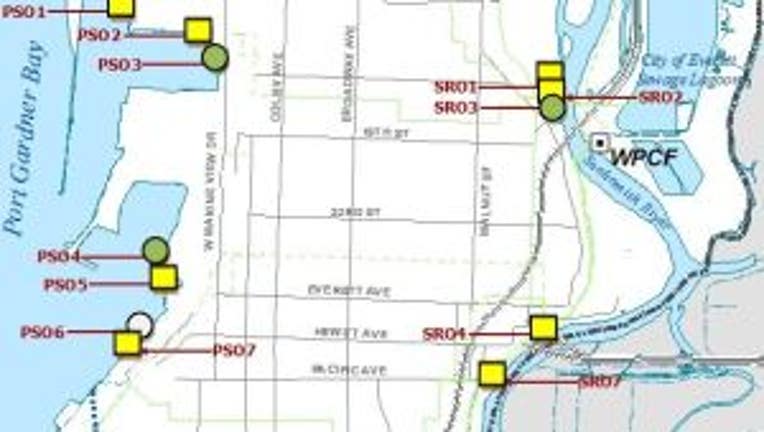 My Everett News said that as of 5 p.m. Monday, it was unknown how much discharge had taken place.

The city notified the Snohomish Health District, Port of Everett and the Department of Health and Ecology. The locations where the sewage discharged have been marked by the city and warnings are posted that people should not swim or fish at the outfalls for at least 24 hours following a rainstorm.