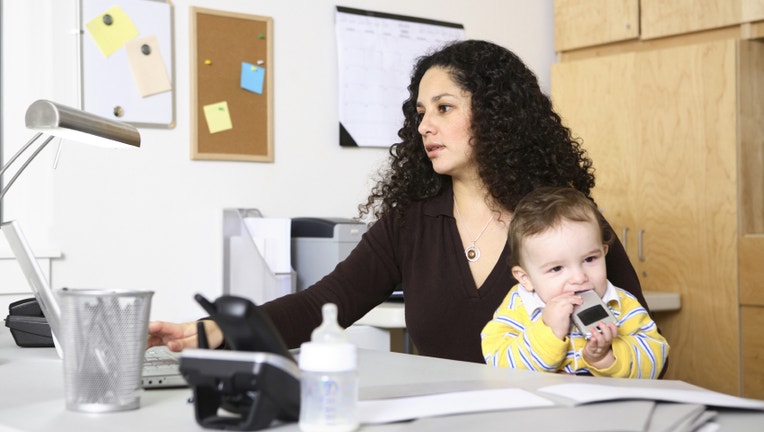 CNN Money -- Moms are the sole or primary breadwinner in four out of 10 households with children, a record high according to analysis of U.S. Census data by the Pew Research Center.

But that doesn't mean Americans approve.

Pew researchers surveyed about 1,000 Americans last month and found that 51 percent believe children are better off when a mom stays home with the kids and doesn't hold a job. Only about 8 percent say the same about fathers.

Half also said the increase in the number of women working for pay has made it harder for marriages to succeed. On the other hand, two thirds said it has made it easier for families to live more comfortably.

Curiously, 79 percent rejected the idea that women should return to their "traditional roles."