RENTON, Wash. -- A mother in her 30s was killed and her sister was critically injured Monday when a tree came crashing down on their car, the Renton Fire Department said.

A 2-year-old child who was in the backseat is OK, the department said.

Mother of toddler killed when tree falls on car in Renton

Mother of toddler killed when tree falls on car in Renton

According to the King County Sheriff's Office, callers reported hearing the sound of a crash and then coming out of their homes to see a large tree had broken off 10-15 feet above the ground and crashed down on a passing car.

When the neighbors rushed to the car, they found that it had fallen directly on the front passenger compartment of the vehicle. Because of the size of the tree and where it fell on the car, they were unable to do anything for the driver or front-seat passenger, but they were able to pull a young toddler girl from the back seat and comfort her until AID crews arrived.

"The passenger had obvious injuries to her lower extremities and possible internal injuries," the sheriff's office said in a news release. "The toddler had no obvious, major injuries, but was undoubtedly shaken up by the whole incident. Both were taken to Harborview " Medical Center.

Follow our live-blog for the latest updates on tonight's storm. 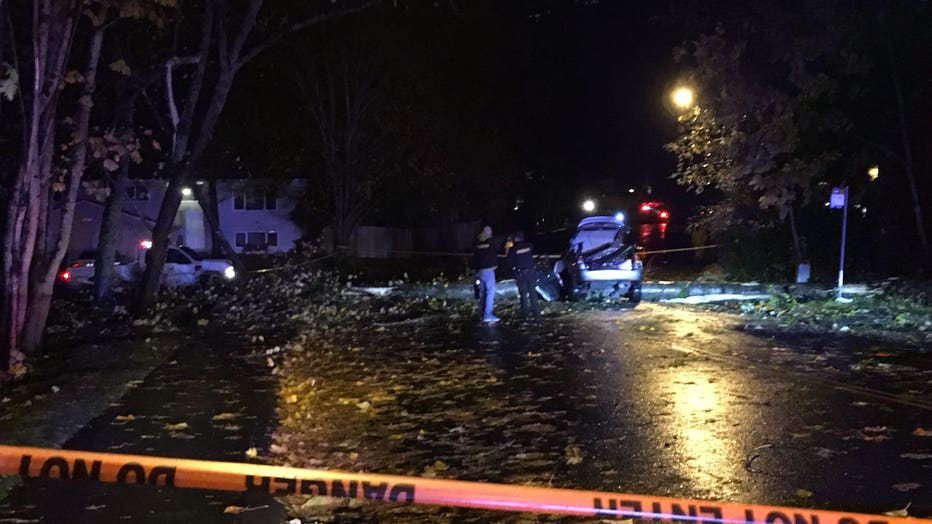