WYOMING, Mich. – A Michigan mother has been charged with murder after she arrived at the hospital with the already-decomposing body of her 6-month-old son, according to court records. 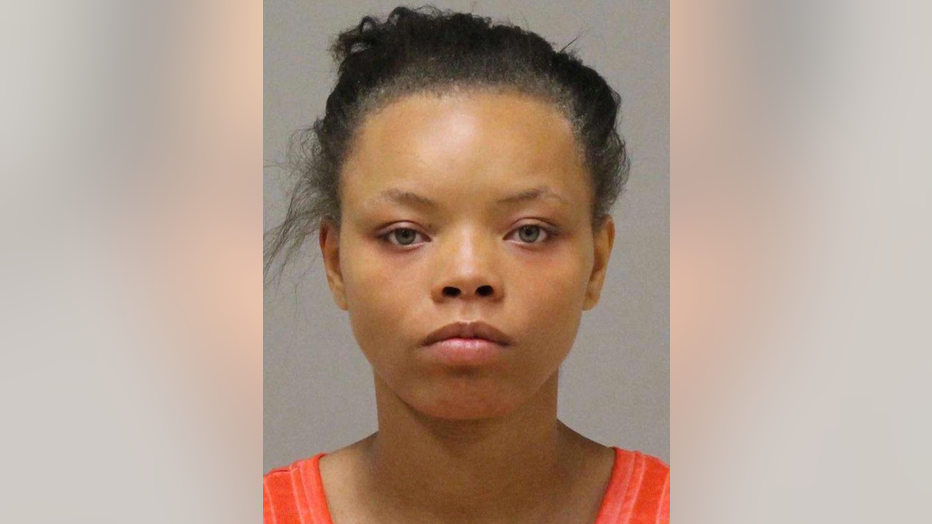 Lovily Johnson faces murder and abuse charges after she allegedly brought the decomposing body of her young son to the hospital. (Kent County Jail)

On July 17, Johnson gave Noah a bottle around 10 a.m., strapped him in a car seat and left him upstairs in the home while she smoked marijuana and hung out with friends, an arrest affidavit obtained by WOOD-TV alleges. Police say she left him alone for almost 12 hours and didn't change his diaper.

When Johnson showed up at Helen DeVos Children’s Hospital July 19 with Noah's lifeless body, the boy weighed 12 pounds and had severe diaper rash. According to police, the boy's body showed signs he had been dead for a while – glossy eyes, bloated stomach and a strong odor.

About eight hours after Noah was pronounced dead, the temperature inside the upstairs room was over 90 degrees, according to court documents.

Johnson, who also has a 2-year-old daughter, was known to Child Protective Services for several prior incidents. CPS filed a complaint in 2014 after her daughter tested positive for marijuana, according to MLive.com.

On July 3rd, CPS made another complaint after Noah was left alone in her boyfriend's car outside of a video rental store. A responding officer wrote in his report that Johnson "did not appear to care the child was in the vehicle unsupervised and she kept defending why she needed multiple DVDs," according to the paper.

On Friday, officials took the 2-year-old from Johnson and placed her in state care.