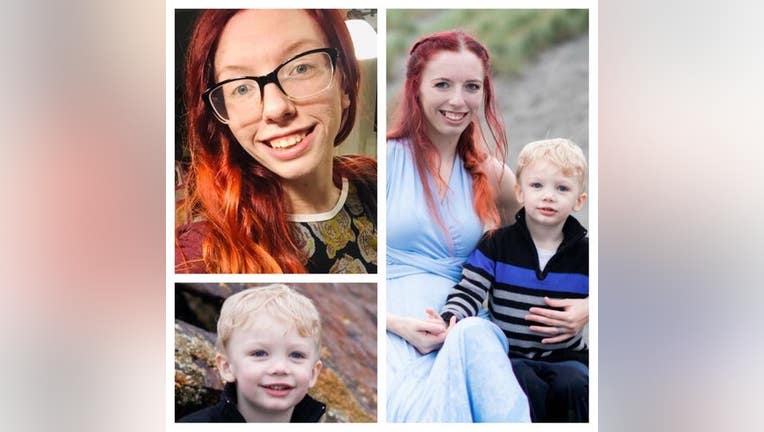 SALEM, Ore. – An Oregon mom and her 3-year-old son have not been seen or heard from since May 13.

The family of Karissa Alyn Fretwell, 25, and son William (Billy) Fretwell reported the pair missing last week, the Salem Statesman Journal reports, and Salem police are asking the public to report any information on the two to its non-emergency line, (503) 588-6123.

A friend who regularly watched William tells the newspaper she last spoke to Fretwell May 11 when Fretwell had questions about installing a security camera system; the friend was supposed to watch William May 17 but never heard from Fretwell.

A neighbor tells KOIN that about two months ago, "We heard a man and woman arguing incredibly loud. The man was swearing a lot and there was a kid crying in the background, and the woman was yelling at him to get out of her apartment."

Authorities aren't releasing much information, including whether any of Fretwell's personal belongings are missing, but a white Grand Am registered to her is still parked on the street in front of her apartment, and a green Mercury Mountaineer parked in front of it has a college financial aid application on its passenger seat that appears to have been signed by Fretwell.