With cargo ships getting bigger and bigger, the Northwest Seaport Alliance is working to bring in cranes that can keep up. 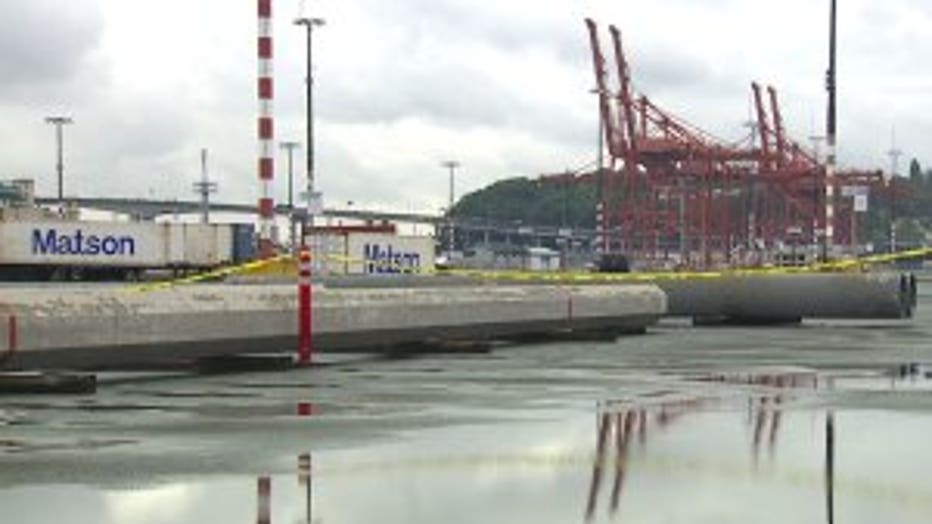 You can see the huge cranes at Terminal 5 from the West Seattle Bridge.  But as big as they are, Seaport Project Management director Anne Porter says the cranes we have aren't quite big enough to efficiently get containers on and off the cargo ships traversing the Pacific.

"What's happening in the industry is boats are getting larger," Porter explained. "So they're more efficient; they can bring over more containers with one vessel shipment."

Right now, Terminal 5 is equipped to load and unload ships carrying around 6,000 shipping containers, assuming that each container is about 20' long and 8' wide.  Once the new cranes are in place, the terminal will be able to welcome ships carrying 18,000 containers or more.

The modernization project is scheduled to take years, in part because the entire dock has to be upgraded to keep up with cranes that will be about 40% taller than the ones in use right now.

"What's different is the crane rail, the beam, and the piles supporting it are much more structurally capable of handling the heavier loads from the cranes," says Porter. "The cranes are way heavier; and they need these heavier crane beams to support them."

There's work to be done beneath the Duwamish too.  Crews will have to deepen the waterway by 5'-10' to accommodate the bigger ships' deeper draft.  It might not seem like much, but it will require stabilizing the slope as the work advances.