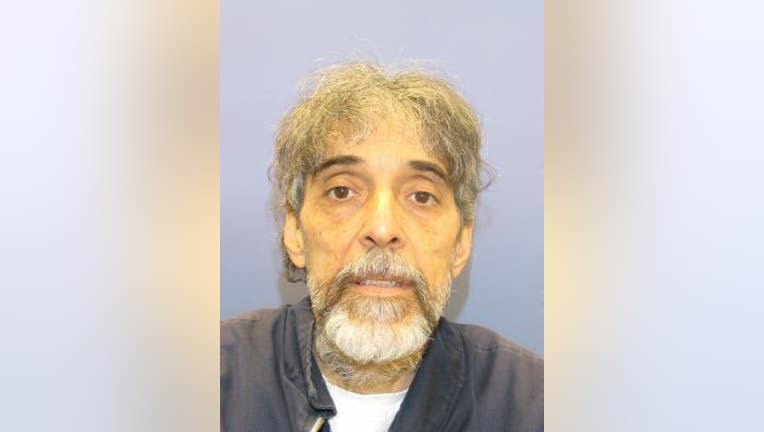 FUGITIVE CAPTURED December 5th, 2012 On December 5, 2012 in the mid-morning hours, the suspect in the earlier shooting/kidnapping cases, Mitchell Lee Walck was taken into custody in Bismarck, North Dakota. Details are still coming in regarding the arrest; what is known at this time is that the Bismarck Police Department received a call from a citizen reporting an unlawful entry into his semi-truck. The victim reported that while the semi truck was parked, unattended a male had entered his truck and was in the sleeper cab. When the victim entered his truck, the suspect pulled a gun on him then fled the area on foot. Bismarck Police were in the area and after a short foot chase were able to take the suspect into custody. He was identified as Mitchell Lee Walck. There were no reported injuries. Walck is currently facing several local charges in North Dakota including the assault with a firearm, felon in possession of a firearm, eluding, and unlawful entry. The charges may be amended at a later time. Walck was also arrested on the Kidnapping warrant from Kootenai County. The stolen Subaru belonging to the kidnapping victim was recovered in the area as well. FUGITIVE WANTED December 3rd, 2012 The FBI, police in Post Falls, Idaho, and the Kootenai County Sheriff’s Office in Idaho are searching for Mitchell Lee Walck, 57. He's accused of shooting at an Idaho State Police trooper on Nov. 30th, fleeing the scene, and later kidnapping an adult female. FBI agents say he's on the move and could end up traveling through Washington state or other areas surrounding Idaho Walck is considered 'armed and dangerous', and has reportedly changed his appearance, shaving all but his mustache and dying it and his hair black. On November 30th, just before midnight, Kootenai County Sheriff deputies attempted to stop a pickup truck for a traffic violation on Highway 41, just south of Spirit Lake, ID. Several law enforcement agencies, including the Kootenai County Sheriff’s Office, Spirit Lake Police, Idaho State Police and the Rathdrum Police had engaged in pursuit of the pickup truck over a 30 minute time frame, each time an agency called off the pursuit, the pickup truck was spotted by a different agency. Ultimately, the Idaho State Police located the vehicle in Athol, ID and pursued it to the City of Rathdrum. The pickup left Hwy 53 onto Bingham Rd and stopped at the dead end street. The driver, identified as Walck, fled on foot from the pickup and the ISP officer pursued. Seconds into the foot pursuit, the suspect fired a handgun at the ISP Officer and continued his flight into the wooded area. Fortunately, the ISP Officer was not injured in the incident. Law enforcement set a perimeter around the scene and utilized numerous resources, including Spokane County’s Air 1 helicopter. After conducting an exhaustive search of the area lasting nearly twelve hours, law enforcement felt confident that Walck was able to slip through the containment. Then, two days later, At about 5 PM on December 2, 2012, the Kootenai County Sheriff’s Office received a call regarding a kidnapping. The caller said her sister-in-law, a 62 year old female from Rathdrum, ID had just called her, saying she had been kidnapped by the suspect, Mitchell Lee Walck, in the earlier pursuit and shooting incident that occurred Saturday morning. Reports indicate that Walck hid in the victim’s residence following the incident on Saturday morning, and then later, he forced her at gunpoint into her vehicle. The victim was let out of the car in Glendive, MT, unharmed. At this time Walck’s location is unknown. He was last seen driving the victim’s 2005 Subaru Forester, silver in color with an Idaho license plate K230050. In addition to the handgun he used to fire upon the ISP officer and kidnap the victim in this case, he also stole two rifles from the victim’s residence; one was a 30-30 Winchester rifle and the other was a Mossberg .22 caliber rifle. Call 911 if you spot Walck, or know where he is.