INDEPENDENCE, Mo. -- A 17-old-old and two juveniles are in custody after a disturbing video was posted to Facebook, prompting "numerous" calls to police in Independence, Missouri. 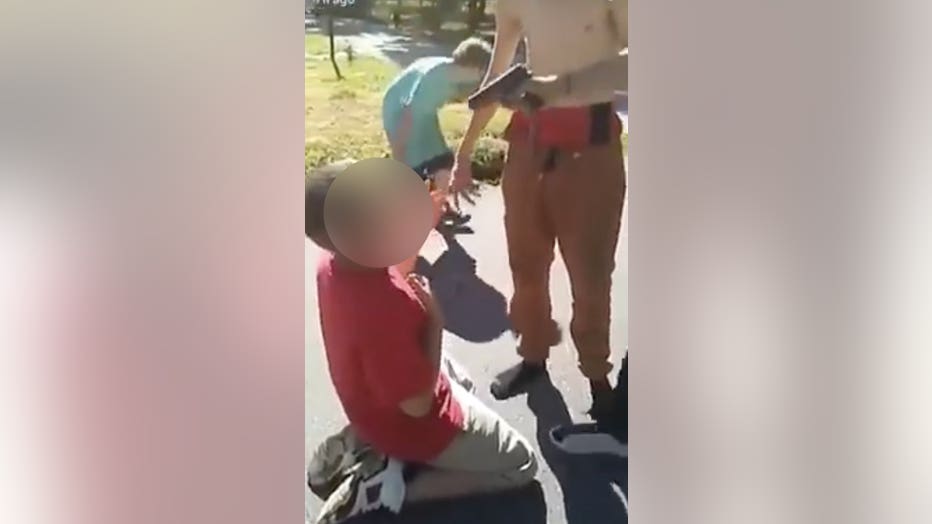 Police took a 17-year-old and two juveniles into custody after video showing a juvenile held at gunpoint and assaulted surfaced on social media. (Facebook)

The video shows one person pointing a pistol at a kneeling, juvenile victim, while another other repeatedly orders, "kiss my feet."

Video later shows the same person who gave the orders punching the boy in the face several times.

The department said they had received multiple calls from people about the incident.

Police said they received a report of the incident Monday night and that the actual incident occurred Saturday, Oct. 20.

Independence police continue to investigate; as of Tuesday afternoon no charges had been announced.