FUGITIVE CAPTURED March 12, 2014 -- The Yakima County Violent Crimes Task Force says Adrian Escobar has been arrested. FUGITIVE WANTED BY DOC IN YAKIMA COUNTY Jan. 17, 2014 -- A cross next to one eye -- a star near the other:  Two easy ways to help spot violent gang member Adrian Escobar -- aka "Bandit -- who is wanted by the Department of Corrections for escape in Yakima County. Bandit has a huge rap sheet, including beating an ex-girlfriend and leaving her right eye badly swollen and bruised. Escobar is 25 years old. And officers say he just recently returned to the Yakima County area. Along with the tattoos, you can see on his chest he's inked with the words 'Hated by Many' on one arm and 'Loved by Few' on the other. I know officers would love getting a tip from you that helps them catch this guy. If you know how to help bust Bandit, call an anonymous tip into: CRIME STOPPERS: 1-800-222-TIPS You must call the Crime Stoppers hotline with your tip to be eligible to receive a cash reward for information leading to a fugitive’s arrest. CLICK HERE for information on how to TEXT A TIP to Crime Stoppers 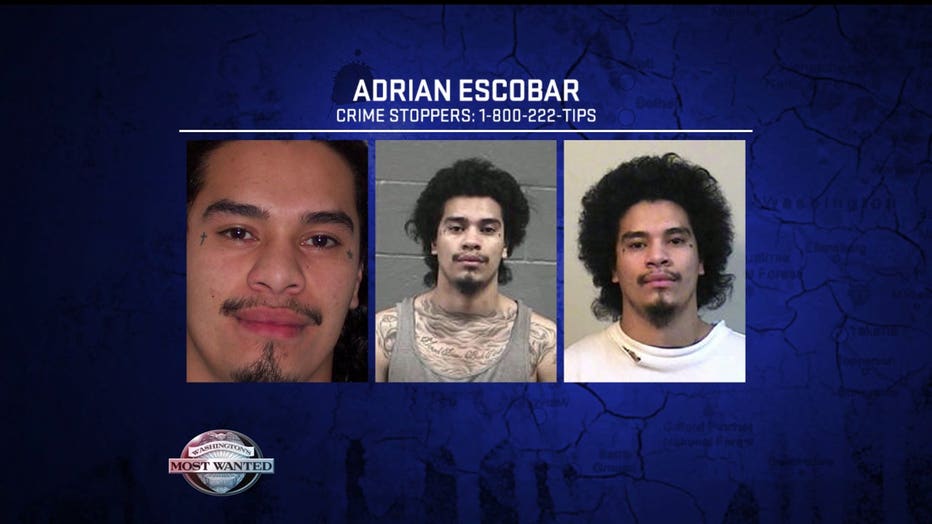