SEATTLE -- A jokester decided to post a 'Missing Person' ad on Craigslist over Rep. Dave Reichert, R-Wash., who has refused to hold town halls with district residents.

The Republican congressman has called town halls "not productive."

Dozens of people demonstrated outside the congressman's Issaaquah office last week for refusing to hold a town hall. Many Republican members of Congress have run into angry constituents at town halls recently.

Here is the Craigslist ad, which was posted in the 'Lost and Found' section: 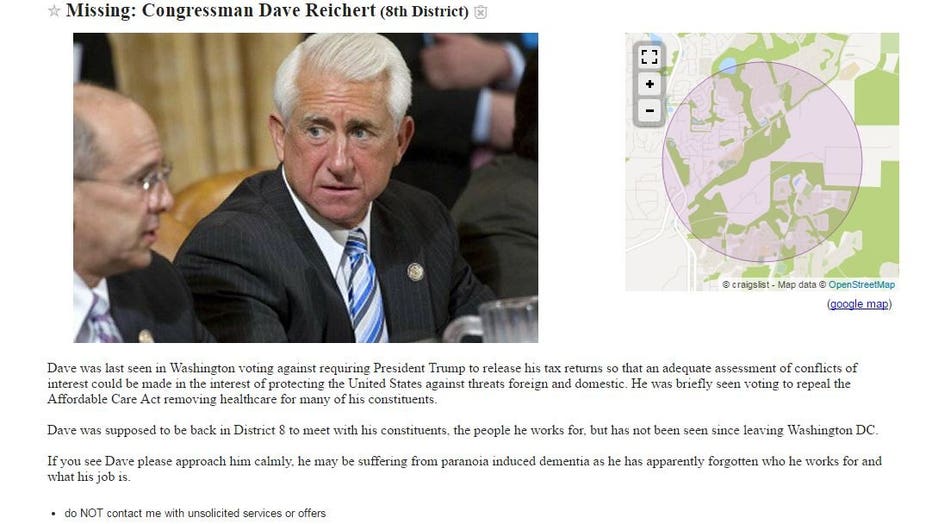