There were still more questions than answers Thursday as U.S. officials said investigators will start combing the Indian Ocean as they look for the missing aircraft.

Why would authorities expand their search rather than narrowing it? 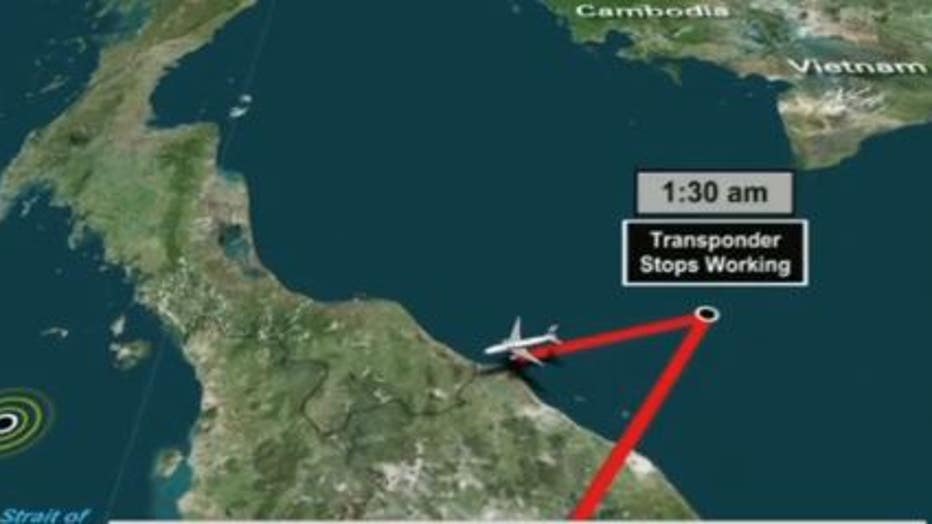 New information, U.S. officials said, indicates the missing airplane could have flown for several hours beyond the last transponder reading.

Malaysian authorities believe they have several "pings" from the airliner's service data system, known as ACARS, transmitted to satellites in the four to five hours after the last transponder signal, suggesting the plane flew to the Indian Ocean, a senior U.S. official told CNN.

That information -- combined with known radar data and knowledge of fuel range -- leads officials to believe the plane may have made it to that ocean, which is in the opposite direction of the plane's original route, northeast from Kuala Lumpur, Malaysia, to Bejing.

"There is probably a significant likelihood" that the aircraft is now on the bottom of the Indian Ocean, a U.S. official told CNN, citing information Malaysia has shared with the United States.

It's the latest twist in a case that's baffled investigators and grabbed global attention for days since the plane disappeared early last Saturday morning. Information about the missing flight has been hard to come by, and numerous leads have been revealed by some officials only to be debunked by others hours later.

The new information led to a decision to move a U.S. destroyer, the USS Kidd, into the Indian Ocean to begin searching that area, the official said.

The destroyer is now on its way there at the request of the Malaysian government, Cmdr. William Marks of the U.S. 7th Fleet told CNN Thursday.

"We're not out here freelancing, and it's not just something the U.S. Navy thinks and no one else," Marks said. "So this was by request of the Malaysian government. They asked the Navy to move our ship to the west into the Strait of Malacca. ... It is coordinated, but certain ships and aircraft stay in the east, and some go to the west. And we're moving to the west."

It won't be easy to search such a wide area, he said. Moving into the Indian Ocean, Marks said, is like going "from a chess board to a football field."

"It's a completely new game. ... Now we have to come up with a new strategy, new tactics," he said.

Analysts from U.S. intelligence, the Federal Aviation Administration and the National Transportation Safety Board have concluded that the pings likely came from the missing aircraft, the senior U.S. official said.

There is reason to believe the plane flew for four hours, officials said, but there is no specific indication where the plane actually is.

Multiple bursts of data were received indicating the plane was flying over the Indian Ocean, the senior U.S. official told CNN.

But there's another confusing twist. An emergency beacon that would have sent data upon impact apparently did not go off, the official said. The beacons, known as Emergency Locator Transmitters, activate automatically upon immersion in fresh or salt water, but must remain on the surface for a distress signal to transmit.

The failure of the beacon to activate could mean that the plane didn't crash, that the transmitter malfunctioned, or that it's underwater somewhere.

Mary Schiavo, former inspector general for the U.S. Department of Transportation, said even though it's unclear how accurate the latest information is, authorities have no choice but to pursue it.

"Well I think basically given that there is some information -- how reliable or not -- we have to respond," she said. "There is no way we cannot follow up on this lead. It would be inhumane. And it might turn out to be just the lead we need. ... There isn't much, but I think we have to do it."