JAMBI, Indonesia - A 54-year-old Indonesian grandmother who went missing last Friday while collecting rubber on a plantation near her home in Jambi was eventually found in the stomach of a 22-foot python after a two-day search.

Family members of the woman, identified as Jahrah, called emergency services on Friday evening and started searching through nearby wooded areas, according to ViralPress.

WARNING: THE FOLLOWING IMAGES ARE GRAPHIC. 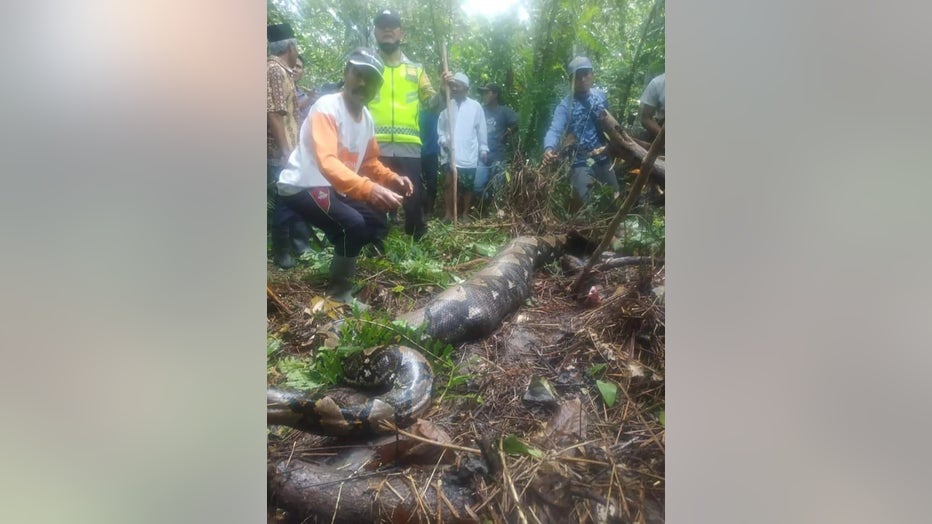 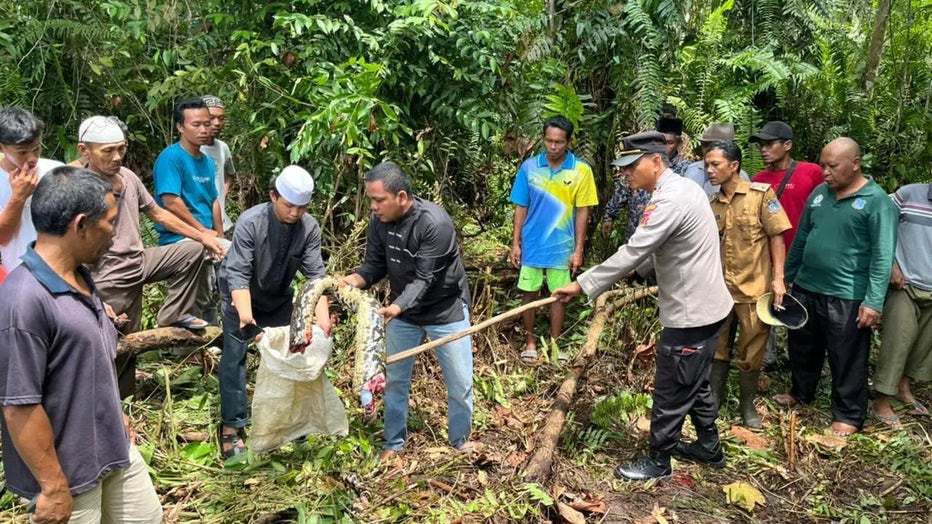 Members of the search party dissected the python and found the missing grandmother inside the reptile's stomach. (ViralPress)

On Sunday morning, a search party found the reticulated python with a large bulge in its stomach.

"Residents killed the snake and dissected its stomach contents. Everyone was astonished. It turned out that the woman we were looking for was in the snake's stomach," Anto, the head of the local village where the woman lived, told ViralPress. 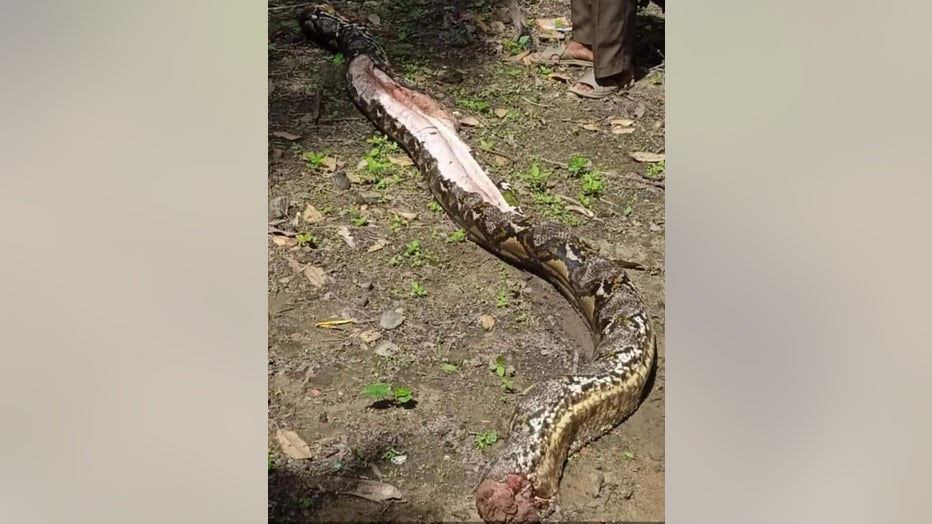 People who had been searching for the missing grandmother were shocked to find that the python ate the woman. (ViralPress)

Pictures and video show concerned members of the search party slicing into the massive reptile's stomach to try to retrieve the woman's remains.

No one witnessed the woman being eaten. It had been nearly 48 hours since she disappeared.

Reticulated pythons are the biggest snakes in the world, with some growing as long as 28 feet and weighing up to 320 pounds, according to a report by the International Union for Conservation of Nature.