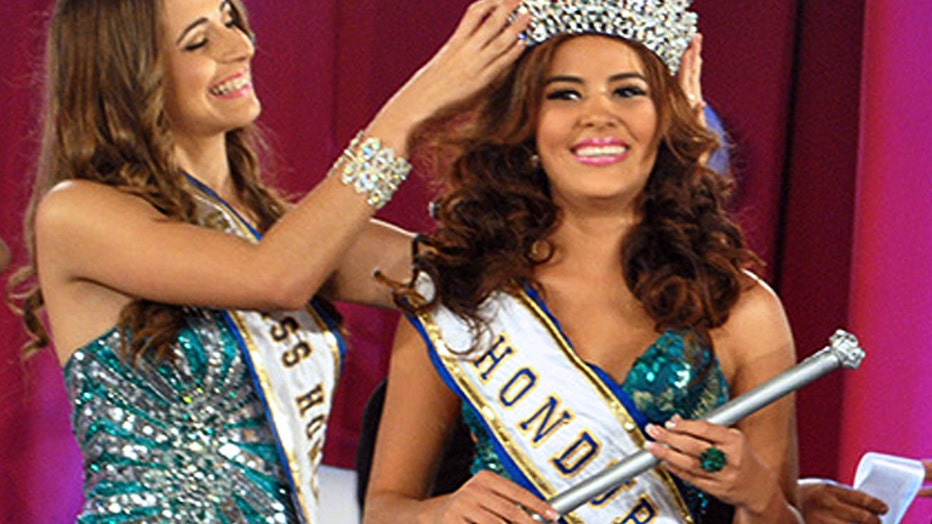 (CNN) -- A Honduran beauty queen who went missing just days before she was set to head off to participate in the Miss World pageant has been found dead, along with her sister, a patrolman from the Honduras National Criminal Investigations Office told CNN.

Honduras National Police Chief Ramon Sabillon told CNN affiliate Televicentro that there is a 95% certainty that the bodies found Wednesday are those of the two women.

María José Alvarado Muñoz went missing last Thursday, police in the Central American country said Sunday. Her family had reported the disappearance of Alvarado and her sister on Saturday.

Eduardo Zablah, director of the pageant in Honduras, told CNN affiliate Televicentro that Alvarado and her sister were last seen getting into a vehicle after attending a party last week.

The young woman had been among the contestants from more than 120 countries who'd been set to start arriving in London this week for early rounds of the Miss World pageant. The final round is scheduled for December 14.

In her profile on the pageant's website, Alvarado described herself as "dedicated" and said she would someday like to go into government, specifically as a diplomat for Honduras.

She also said that she liked playing volleyball and soccer, eating Honduran food and performing the country's traditional punta dance.