FUGITIVE CAPTURED Jan. 18, 2014 -- The Department of Corrections says Lornell Davis was arrested by Seattle police on Saturday. Officers say a friend called Davis, telling him he just saw him on WMW, so Davis called 911 to turn himself in. 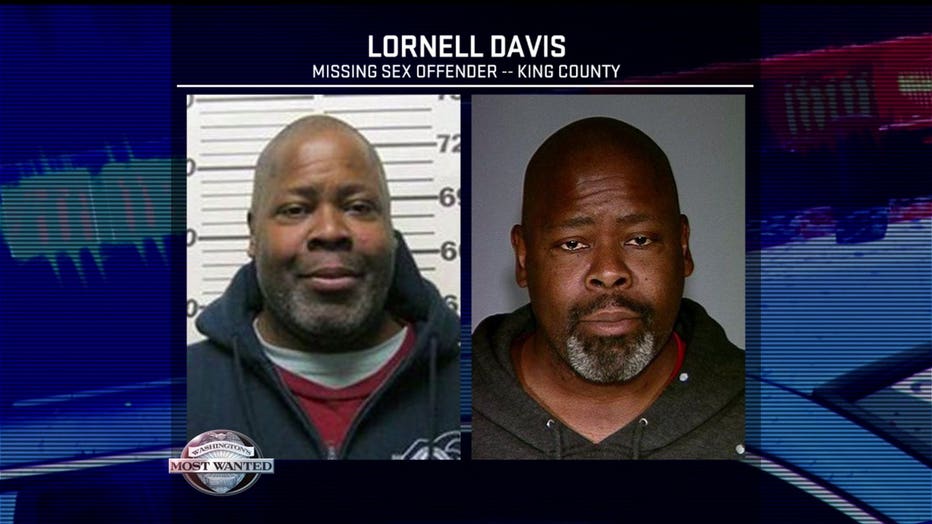 FUGITIVE WANTED BY DOC IN KING COUNTY Jan. 17, 2014 -- This homeless, high-risk child predator is missing in King County. Lornell Davis preyed on a young girl he knew for years. He started his sex abuse of her when she was 7 years old, pushing her down and holding her down during some of his heinous assaults. Sex crimes and several failure-to-register convictions aren't the only marks on his rap sheet. He's also been busted for domestic violence assault and a hit and run. Davis is 52 years old and uses the fake -- but similar -- first name, "Cornell." If you know how to get him back on the map in King County, call an anonymous tip into: CRIME STOPPERS: 1-800-222-TIPS You must call the Crime Stoppers hotline with your tip to be eligible to receive a cash reward for information leading to a fugitive’s arrest. CLICK HERE for information on how to TEXT A TIP to Crime Stoppers