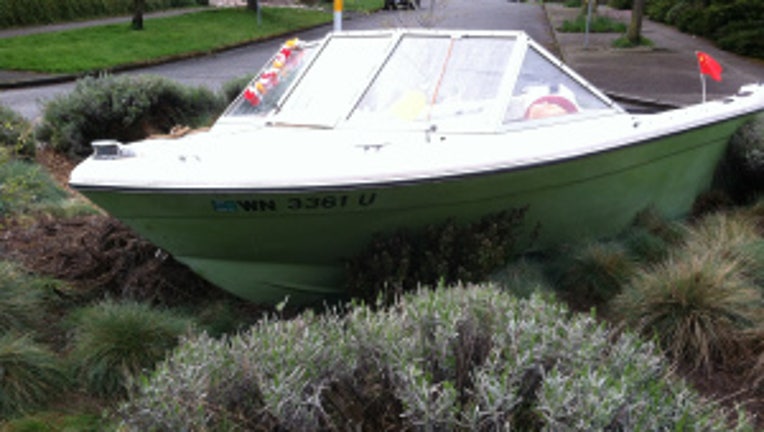 SEATTLE -- No one knows who owns the  small boat that is perched atop a traffic circle in Seattle's Green Lake neighborhood.

The boat appeared earlier this week and the locals seemingly approve of its new found prominence.  Some of the neighbors said that the boat is "pubic art" and want the boat to remain.

Seattle Police reportedly don't the nautical addition and have slapped a impound notice on the boat.

As of Saturday morning at 9 a.m. the boat remained atop the traffic circle near Woodlawn Ave North and North Kenwood Place.