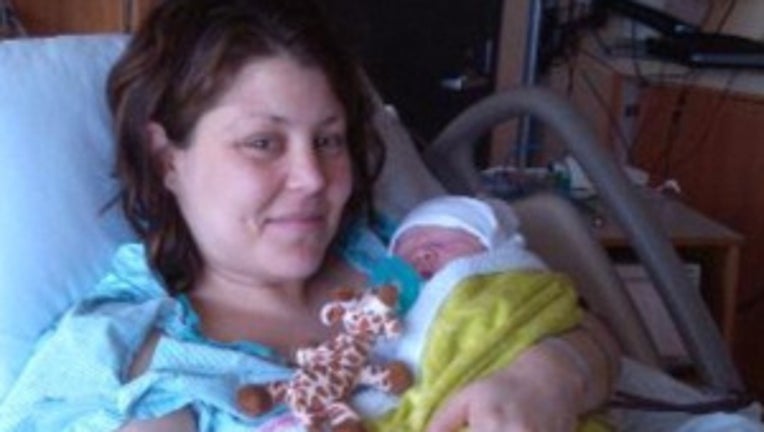 Karina Schulte and son Elias shortly after the birth. Karina, critically injured when hit by the same pickup truck in Seattle's Wedgwood neighborhood March 25, remains in the hospital.

SEATTLE -- The baby who was critically injured when he, his mother, and grandparents were hit by an alleged drunken driver is nearly well enough to go home from the hospital.

This, according to his father, Dan Schulte.  Dan's wife Karina is still recovering from traumatic brain injuries.  Schulte's parents were killed in theMarch 25th  accident in the Wedgewood neighborhood of Seattle.  The driver has been charged with vehicular homicide and vehicular assault.

Schulte says the nurse removed Elias' feeding tube Tuesday morning and he's now eating all of his meals from a bottle.  "This is a huge step for us!  He will likely be coming home this week. He's looking so good and I'm very proud of the progress he's made," said Schulte.  Elias was only 10 days old when the accident happened.  He suffered a brain injury that affected his vision.  Doctors still aren't sure how much sight he will regain.