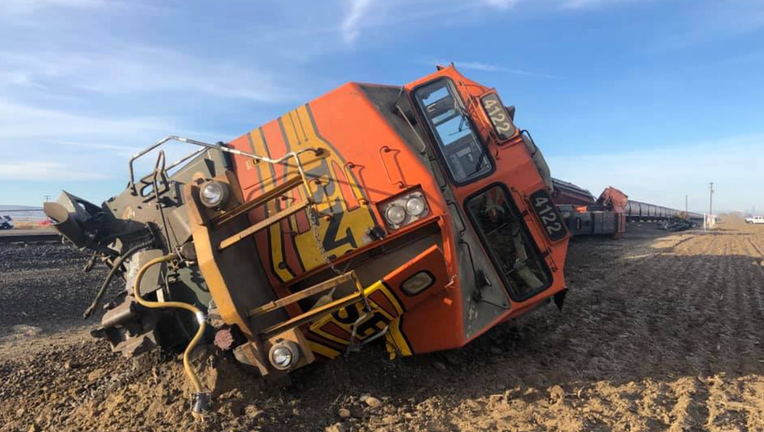 YAKIMA COUNTY, Wash. - A day after a train carrying crude oil derailed and sparked a fire in Whatcom County, a semi struck an empty grain train Wednesday morning and caused it to derail in eastern Washington.

It's the third train derailment reported in Washington state in as many days. The first one happened Monday east of Montesano in Thurston County. It's unclear what caused it to derail.

The Yakima County Sheriff's Office says the grain train that derailed Wednesday happened at SR-22 and Phillips Road east of Mabton. Three engines and seven cars derailed about 2 miles east of Mabton after they were hit by semi hauling a piece of farm equipment.

The sheriff's office says there are no area road closures and "minimal injuries." 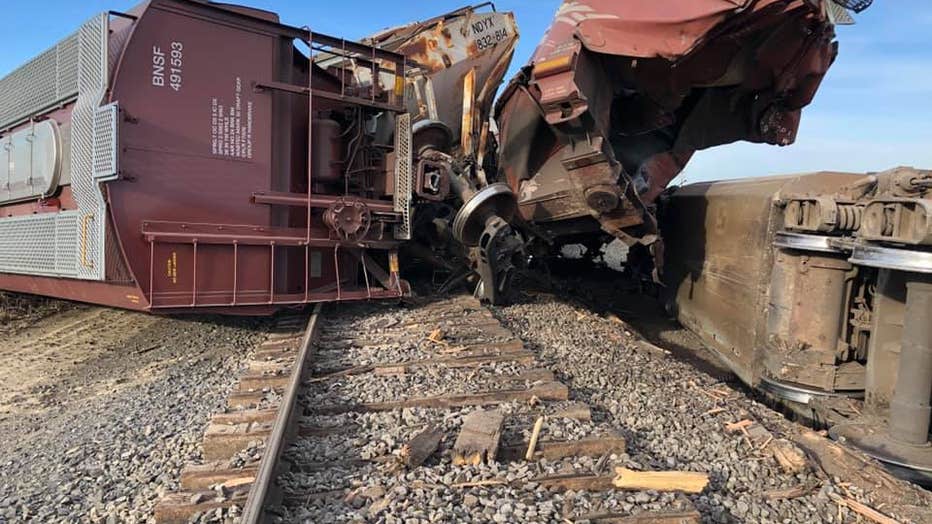 The state Department of Ecology is going to the scene to evaluate potential environmental impacts. A separate crew is working at the derailment site in Whatcom County.

There's no word yet on what caused the derailment and crude fire north of Bellingham.

Cause of major train derailment still under investigation

Investigators were able to get close to the scene Wednesday morning to find out what happened and why.