Nearly 38 million fire extinguishers in the U.S. and Canada are being recalled because they might not work.

Kidde is recalling 37.8 million extinguishers with plastic handles because they can get clogged and potentially fail when you need them. The the nozzle could also come off, according to the United States Consumer Product Safety Commission.  The recall was announced Thursday.

One person died in  2014 after being involved in a crash and car fire when responders couldn’t get the recalled fire extinguishers to work, according to CPSC.  To date, there have been 391 complaints about the product, 16 injuries and 91 reports of property damage. 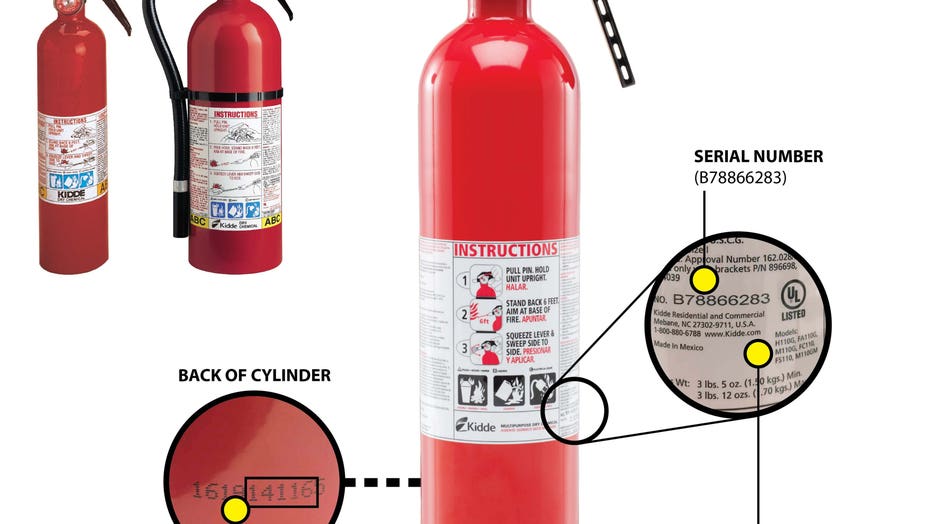 The extinguishers were sold at Menards, Montgomery Ward, Sears, The Home Depot, Walmart, various home, department, and hardware stores and online, according to CPSC.  They were also sold with some commercial trucks, RVs, and boats.

134 models are included in this recall, sold in red, white and silver, with either an ABC- or BC-rating.  You can find the model number printed on the label. 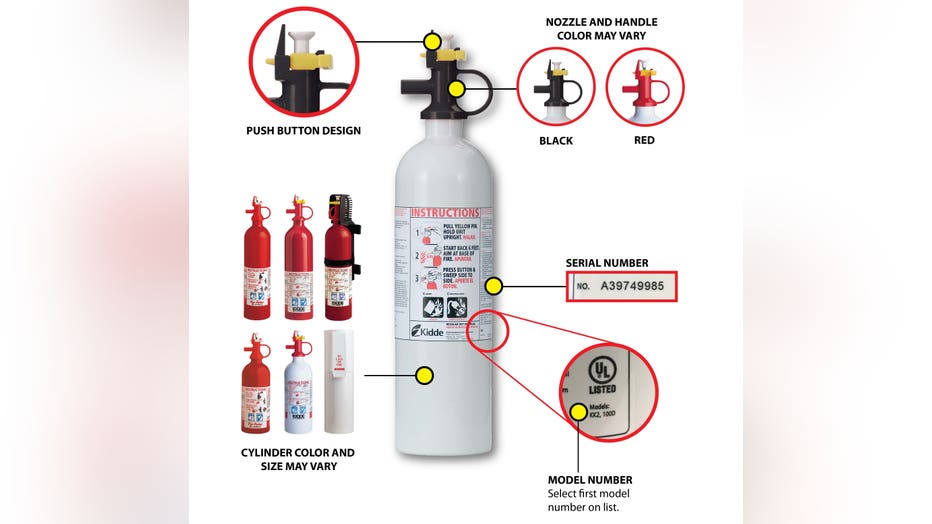 Kidde is replacing these recalled units for free, you can call Kidde for your replacement and instructions on how to return the extinguisher at 855-271-0773 from 7:30 a.m. until 4 p.m. Central Time, Monday through Friday and from 8 a.m. until 2 p.m. Saturday and Sunday.

You can also get more information on their website – click here for information about this particular recall.

Note from the CPSC:
“This recall includes fire extinguisher models that were previously recalled in March 2009 and February 2015. Kidde branded fire extinguishers included in these previously announced recalls should also be replaced. All affected model numbers are listed in the charts above.

Recall information for fire extinguishers used in RVs and motor vehicles can be found here.