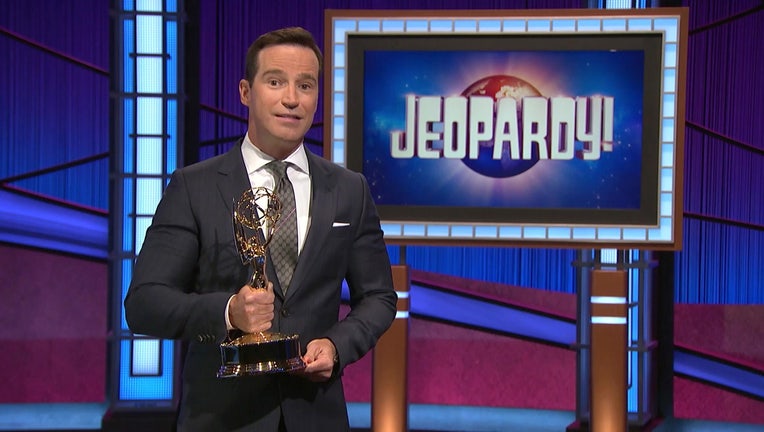 LOS ANGELES - Less than two weeks after stepping down as the new host of "Jeopardy!" because of past misogynistic comments, Mike Richards is now exiting the show altogether. Sony confirmed he will no longer serve as executive producer of "Jeopardy!" or "Wheel of Fortune", effective immediately.

The television studio provided a message sent to staff on both shows, which was sent by Suzanne Prete, Executive Vice President of Business and Strategy for both "Wheel of Fortune" and "Jeopardy!":

I’m writing to let you know that Mike will no longer be serving as EP of Wheel and Jeopardy! effective immediately. We had hoped that when Mike stepped down from the host position at Jeopardy! it would have minimized the disruption and internal difficulties we have all experienced these last few weeks. That clearly has not happened.

Michael Davies from Embassy Row has agreed to help with production on an interim basis until further notice. Michael and I will work together with all of you in the weeks ahead to ensure that production remains on schedule and we do not miss a beat as we head into the new season.

I know this has been a challenging time for the entire team, and I want to thank you all for your cooperation and professionalism over these last few weeks. As Ravi mentioned last week, I will be more involved in the day-to-day on our shows moving forward and I am looking forward to working closely with all of you. Please don’t hesitate to reach out if you need anything.

PREVIOUS: Mike Richards steps down as ‘Jeopardy!’ host after backlash over past comments

Richards had stepped down as host after being accused of making derogatory comments about women, people with mental disabilities and more while hosting "The Randumb Show" from 2013 to 2014 during the time he was working as executive producer of "The Price is Right."

The resurfaced comments by The Ringer led the Anti-Defamation League this week to call for an investigation. The clips were removed online after the report was posted.

In a statement issued to FOX News, Richards apologized for his past attempts at being "provocative" and vowed to do better in the future.

At the time, Richards’ memo to staff indicated that he will remain the show’s executive producer.

"I want to apologize to each of you for the unwanted negative attention that has come to Jeopardy! over the last few weeks and for the confusion and delays this is now causing. I know I have a lot of work to do to regain your trust and confidence," the memo added.

Richards had signed an overall development deal with Sony in 2019, and became executive producer of "Jeopardy!" and "Wheel of Fortune" in May 2020.

He quickly became controversial when he went from behind-the-scenes to Sony's pick for host of "Jeopardy!" -- even before his 2013-14 podcast comments demeaning women and making stereotypical comments about Asian, Jews and others surfaced.

Anointing Richards as successor to the admired Alex Trebek was a questionable choice to some, especially after the studio had conducted a splashy search that included actors, sports figures, journalists -- and Richards.

Questions were raised about whether Richards had put his finger on the scale in favor of himself, and whether he had the gravitas that was seen in other candidates, such as fan-favorite LeVar Burton.