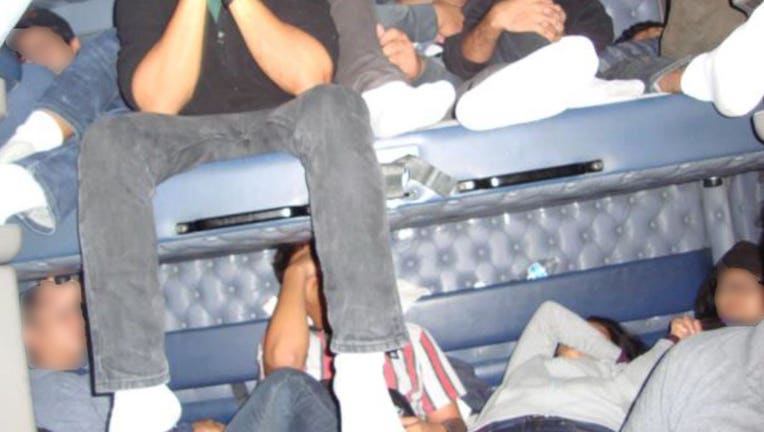 This picture courtesy of U.S. Customs and Border Protection shows migrants inside the sleeper cabin of a tractor-trailer at the U.S. Border Patrol checkpoint in Sierra Blanca, Texas. (Courtesy CBP)

Agents foiled the human-smuggling attempt at around 4:30 a.m. Tuesday while inspecting vehicles at the checkpoint. A Border Patrol canine alerted his human counterparts to the presence of possible contraband in the truck and the vehicle was sent to a secondary inspection area. It was there that the agents discovered 13 individuals hiding inside the sleeper cabin area of the truck. 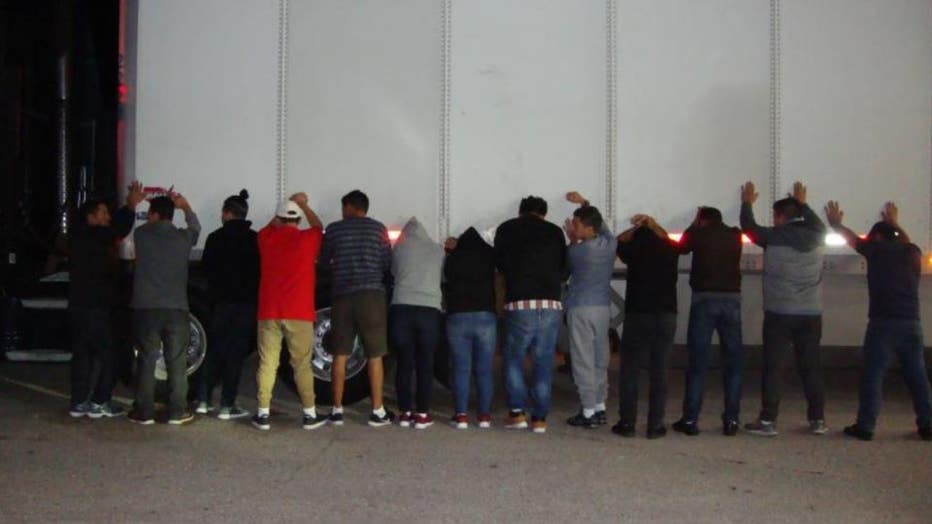 The U.S. Border Patrol this week stopped a tractor-trailer concealing 13 unauthorized migrants in the sleeper cabin at a highway checkpoint in Sierra Blanca, Texas. (Courtesy CBP)

The agents determined that all of the subjects were citizens of Ecuador, Mexico and Honduras who were in the United States illegally. The migrants were then processed according to applicable U.S. immigration laws. The driver and passenger were determined to be United States citizens and are being charged with felony alien smuggling, the agency reported.

“This smuggling attempt reflects what little regard for life these human smugglers have.” Big Bend Sector Chief Patrol Agent Matthew Hudak said in a statement. “Our agents’ vigilance, training, and experience were vital in detecting and apprehending these individuals and prosecuting the smuggler.”

Big Bend Sector Border Patrol agents patrol 517 miles of the southwest border that extends from Sierra Blanca, Texas to Sanderson, Texas. The station is responsible for 73 border miles between the U.S. and Mexico. More than 10,000 vehicles travel through the Sierra Blanca checkpoint on a daily basis.