LANSING, Mich. (AP) - Former Sen. Carl Levin, a powerful voice for the military during his career as Michigan's longest-serving U.S. senator, has died.

The Democrat was 87. His family says Levin died Thursday.

A Washington insider, Levin took a civil but straightforward approach to governance, and he worked effectively with Republicans and fellow Democrats. He was a longtime member of the Senate Armed Services Committee, and co-chaired the Senate Auto Caucus, which promoted policies benefiting the domestic car industry. 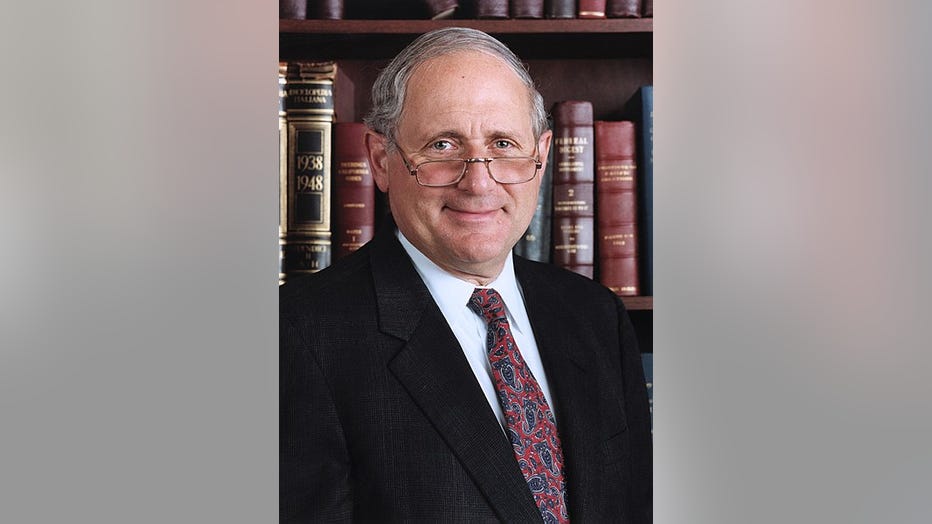 Levin ousted Republican Robert Griffin in the 1978 U.S. Senate election. He won reelection five times, but chose not to seek a seventh term in 2014.

His nephew, Congressman Andy Levin, released a statement about his uncle's passing:

"Throughout my adult life, wherever I went in Michigan, from Copper Harbor to Monroe, I would run into people who would say, ‘I don’t always agree with Senator Levin, but I support him anyway because he is so genuine, he tells it straight and he follows through.’

"Carl Levin personified integrity and the notion of putting the public good above self-interest. As he walked about the Capitol in a rumpled suit, almost always with a plain white shirt and pedestrian tie, carrying bulging files with the occasional paper flying away, Carl was the very picture of sober purpose and rectitude. In truth, he wasn’t unfun. In fact, he often pierced tense situations with self-deprecating humor, and he privately shared incisive observations about others with staff and colleagues.

"But Carl was all about the work, and the great honor the people of Michigan had bestowed upon him with their votes and their trust. He did not seek to divine their views to be popular, but rather to study the issues and advance the people’s interest to the best of his ability. Uncle Carl met with more presidents, kings, queens and other important people than all but a few of us ever will. But he treated them all the same as he did a Detroit autoworker or a beet farmer in Michigan’s Thumb – with a full measure of dignity but no airs, ever ready to puncture self-importance, posturing, mendacity and avarice.

"He was so well-prepared for every meeting, hearing, and conference that he challenged conventional boundaries between senator and staff. He was one of the most challenging senators to work for and one of the most rewarding. Challenging, because you had better know your business in detail, since he surely did. Rewarding, because he had authentic relationships with staff, treated them with deep respect, and was loyal to them.

"Uncle Carl was above all a family man. No matter the pressing business he faced as a senator, he always centered Aunt Barbara, my cousins Kate, Laura and Erica and their families, devoted time to them and so obviously cherished them. And the way he loved and treated his family radiated out and served as a model for how he treated colleagues, staff, constituents, soldiers and the world.

"From my earliest memory to this moment, perhaps above all, he has defined with my dad how close two brothers, two siblings, two people can be. In the end, these two Jewish boys from Detroit, these grandsons of immigrants each served 36 years in Congress, 32 of them together, becoming by far the longest co-serving siblings in the 232-year history of this place. As heartbroken as we are in this moment, I feel so grateful to have experienced this love and legacy."