GRAND RAPIDS, Mich. — Rep. Justin Amash of Michigan, the only Republican in Congress to call for impeachment proceedings against President Donald Trump, said Thursday he is leaving the GOP because he has become disenchanted with partisan politics and "frightened by what I see from it."

In an opinion article published in the Washington Post , on July 4, Amash said partisan politics is damaging American democracy.

"I am declaring my independence and leaving the Republican Party," Amash said. "I'm asking you to join me in rejecting the partisan loyalties and rhetoric that divide and dehumanize us."

Amash had been the only Republican in Congress to say Trump engaged in impeachable conduct, drawing the ire of many fellow Republicans and Trump. In a series of tweets on May 18 , Amash said that he had read special counsel Robert Mueller's report on Russian meddling in the 2016 presidential election. 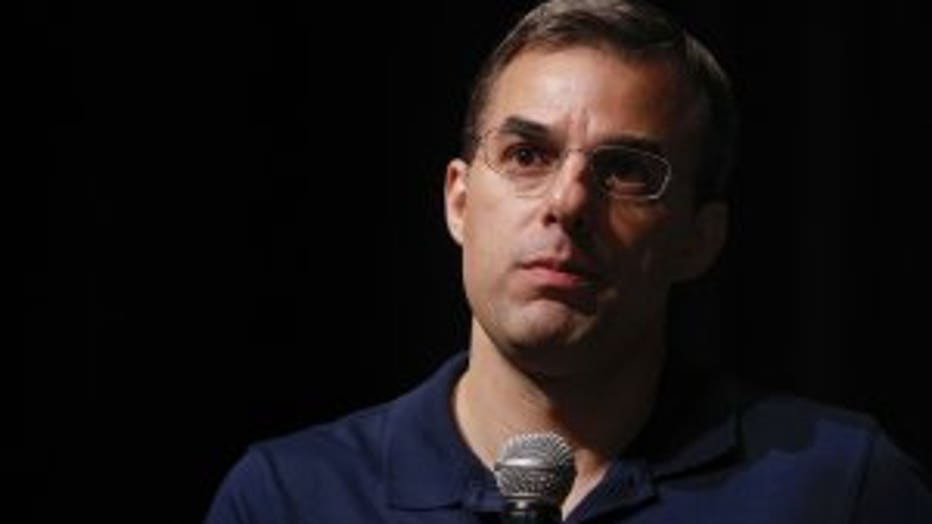 "Mueller's report reveals that President Trump engaged in specific actions and a pattern of behavior that meet the threshold for impeachment," Amash said at the time.

He was roundly criticized by fellow Republicans and withdrew from the Freedom Caucus of conservatives in Congress after the group disavowed his views.

Amash had filed in February for re-election in 2020 as a Republican in a race that has since drawn three primary challengers, his first intra-party challenge since 2014. Amash's chief of staff, Poppy Nelson, said Thursday that Amash plans to run as an independent.

Amash told WOOD-TV at a Grand Rapids parade on Thursday after announcing that he was leaving the party that he intended to "set an example."

At a town hall in Michigan after he announced his support for impeachment proceedings, Amash cited a section of the Mueller report that suggested Trump had told former White House counsel Don McGahn to create a "false record" denying he had asked for Mueller's removal as special counsel.

"Things like that to me reflect incredible dishonesty and really harm the office of the presidency. I don't think that you can just let that stuff go," Amash told his constituents. "I think you have to have proceedings to deter this kind of conduct even if ultimately the person is not convicted."

Under the Constitution, the House has the power to begin impeachment proceedings and the Senate would decide whether to convict.

Trump responded immediately to Amash's announcement that he is quitting the GOP, tweeting Thursday: "Great news for the Republican Party as one of the dumbest & most disloyal men in Congress is 'quitting" the Party." Trump called Amash a "total loser."

Amash said he in the op-ed he is trying to escape a "hyperpartisan environment."

"The parties value winning for its own sake, and at whatever cost," Amash wrote. "Instead of acting as an independent branch of government and serving as a check on the executive branch, congressional leaders of both parties expect the House and Senate to act in obedience or opposition to the president and their colleagues on a partisan basis."

Amash, whose voting record in Congress is considered libertarian-leaning, has represented Michigan's 3rd Congressional district in the western part of the state since 2011.