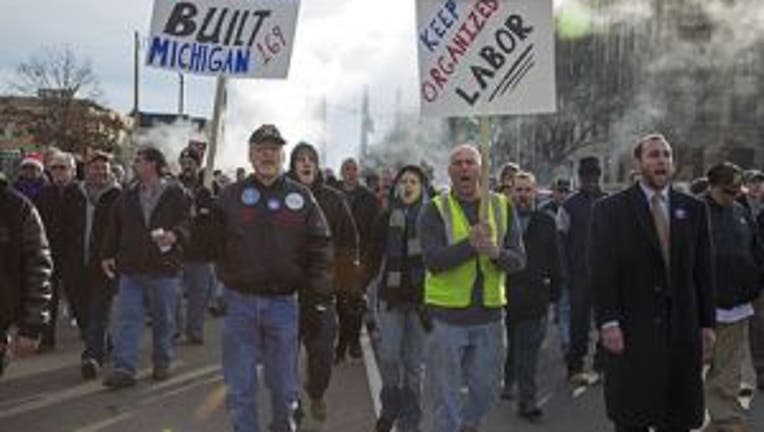 Thousands of people, many of them union workers, gathered outside the statehouse, chanting and holding signs as snow fell. At least three schools were closed as teachers traveled to Lansing to protest.