Michael Jennings: Search on for suspect wanted in kidnapping caught on camera

The team entered the home and gave commands for approximately 20 minutes until Jennings eventually gave up and was taken into custody. 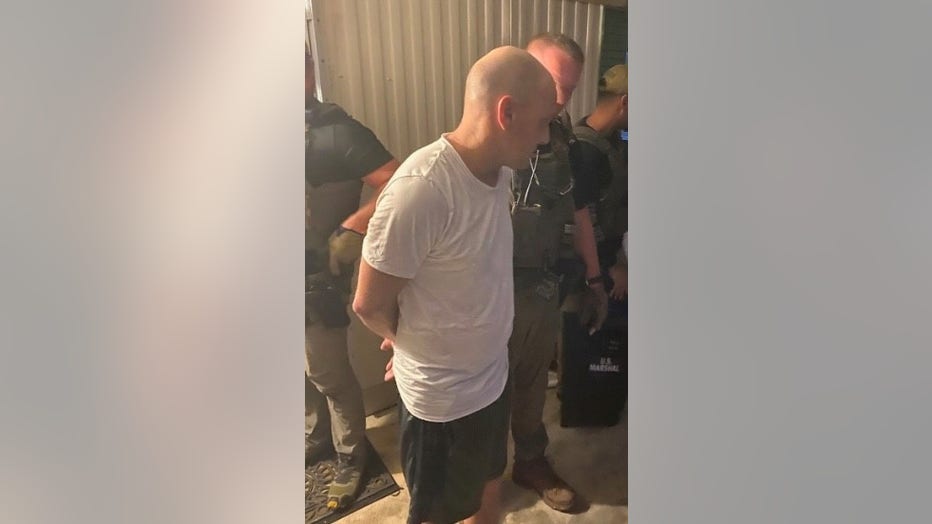 He was booked into the Washington County jail where he will be held until his extradition hearing.

Jennings is Washington’s Most Wanted Capture #1219.  He was located thanks to information I received from an anonymous caller.

"I have tears rolling down my face. Thank you just doesn’t explain my gratitude," said ‘Than’ who has lived in terror every day since he escaped his kidnappers.

All five suspects in the kidnapping and robbery have been arrested and charged.

King County Sheriff’s Detectives with the Major Crimes Unit are asking for the public’s help to find 52-year-old Michael D Jennings. He has a warrant for his arrest for Kidnapping 1st Degree and Robbery 1st Degree. He is believed to be in Snohomish County or in the Kitsap Peninsula area where he has family.

As you will hear from the survivor in my story below, detectives say Jennings and four others including Anthony Davis, Aime Hoffman and Cory Reder kidnapped him from a Boulevard Park home in Burien and robbed him on May 2nd. The victim was tied up with rope at gunpoint, his mouth duct-taped and then forced into the back of his own car. Detectives say they planned to kill him and make him disappear after they cleaned out his bank account. They mistakenly thought he had recently gotten a small business loan.

When the suspects stopped at a nearby gas station, the kidnapping survivor escaped and ran into the store for help. The clerk locked the door and called 911.

Except for Jennings, the remaining suspects have all been arrested and charged.

Jennings is the only one still wanted he is 5’11" and 255 pounds with a shaved head and brown eyes.

Anyone with knowledge of his whereabouts are asked to call the King County Sheriff's Office non-emergency number (206-296-3311) and reference case C21013528.